Confusion Over Inauguration Performers Not Likely to Be Remedied 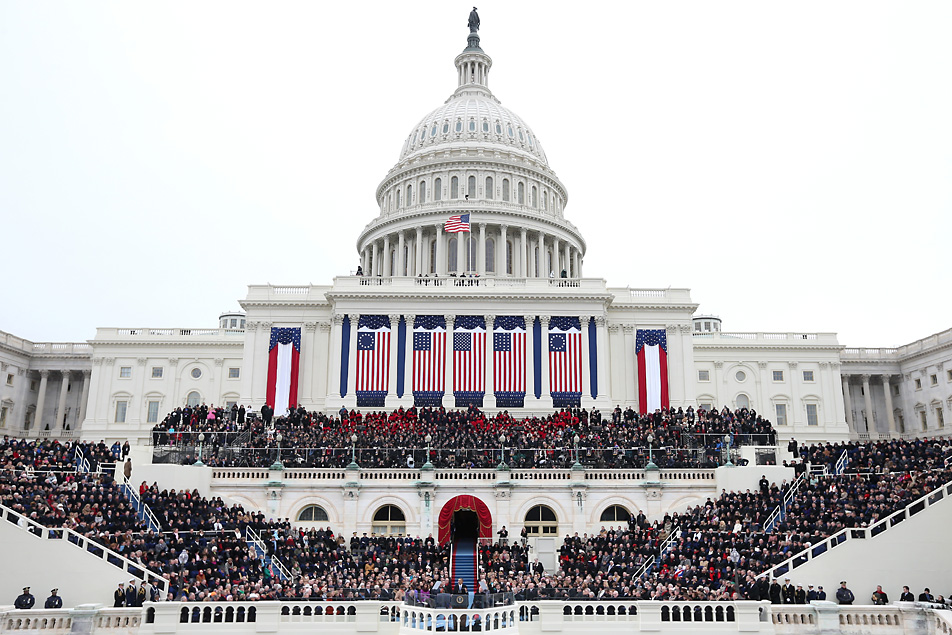 (Washington D.C.) It’s no secret that President-Elect Donald Trump has faced difficulties in lining up a performer for his inauguration this Friday.

Multiple winners and losers from multiple seasons of American Idol, The Voice, America’s Got Talent, and America’s Funniest Home Videos have all turned down bids to appear at the high-profile event. Paul McCartney is rumored to have turned down a reunion with John Lennon via the Tupac hologram technology, and not even literally one-time singer Paris Hilton wanted to have another go at the mic.

Trump seemed to have moved past these rejections without comment, a feat in itself, and finally landed the “lauded and still very relevant” (band’s official bio) 3 Doors Down for the event.

But Trump’s musical woes don’t seem to yet be over. Sources are now reporting that 3 Doors Down never agreed to perform at the inauguration, and that Trump actually hired a 3 Doors Down cover band, 3 Floors Down. “No biggie,” Trump tweeted at 3:32 a.m. Wednesday morning, “the cover band sounded better than those real losers anyway. Sad!”

Of course, the confusion didn’t end with the mix-up of the real 3 Doors Down and their reportedly better imitation band. During rehearsals for the inauguration, Trump was heard shouting, “I only want to hear ‘Kryptonite’ on never-ending loop when you’re playing! Otherwise you won’t be getting a check from me! No check!” After a moment of sustained silence from the band, lead singer Arnold Bradford clarified, “Umm, ‘Kryptonite’ isn’t a 3 Doors Down song. I think you’re thinking of Third Eye Blind. We can do ‘Semi-Charmed Life’?”

But President-Elect Trump was not, in fact, thinking of Third Eye Blind, and he did not, in fact, want to hear “Semi-Charmed Life.” What Bradford and the rest of 3 Floors Down had failed to realize since their inception twelve years ago and every day since was that they had actually formed a Third Eye Blind cover band and neither knew nor played one note of 3 Doors Down material in their entire existence. They were playing the wrong band’s catalog, or had the wrong band’s name, or whatever.

Taking into consideration that the 3 Floors Down’s website lists over 241 shows in their 12-year existence, it is strange to imagine that at none of those shows had anyone ever pointed out that they were a Third Eye Blind cover band who thought they were a 3 Doors Down cover band.

“Well, actually, I would tell them that almost every night they played,” said Chris, a bouncer at a nightclub that 3 Floors Down played at for many years. “After awhile I could tell they didn’t get what I was saying, and no one pays attention to the bands at our bar anyway, seeing as it’s primarily a place to shoot pool. Anyway, I let it go. Some things aren’t worth the trouble.”

Chris, who declined to give his last name, seemed to think that the cover band would never get enough attention for their mix-up to matter, but finally murmured, half to himself, that “stranger things have happened to America.”

And indeed they have, as Donald Trump has now fired the newly realized Third Eye Blind cover band and opted to sing “Kryptonite” by himself, in place of the National Anthem. “It will go on long and it will please everybody,” Trump promised, having no experience as a singer but proving that experience matters little to the American public.

The Third Eye Blind cover band is reportedly deciding whether they can continue as a band, having unknowingly played another group’s catalog for the duration of their twelve years together. “What would we even call ourselves?” bass player Vinny Cabrera asked. “Third Eye…?” Cabrera trails off, nothing coming to mind, a single tear forming in his own eye. He confesses, “Just kind of makes you question what you know about life.”