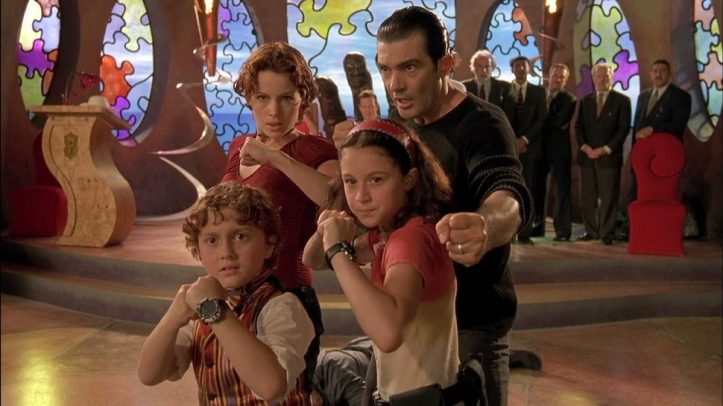 (Hollywood, CA) When it comes to the world of film, there’s just something about the movie-watching experience that separates the art form from all the rest. Maybe it’s just the American in me talking, but when I sit down in a theater and the lights go down, I can hardly contain my excitement. Then, getting to see a famous actor’s face up there on the screen, huge, ah! There’s really nothing quite like it. But, all that said, there are times where we must reflect on where we have been to appreciate how far we have come. This is why we have decided to take a reflective look back at the most influential films of the last quarter century.

Our hope is that in doing so, we can come to more fully appreciate film and the artistry that comes with it. With that said, let’s get started.

Now, right off the bat you know this movie is going to be awesome. There is a gunfight and a parachuting scene in the first 5 minutes. You want to know who was ripped that off? Let’s see, every James Bond movie, every Jason Bourne movie, and every other movie in that genre. That was all the influence of Rob Rod and his magical camera. And that’s only the first 5 minutes! Let’s skip ahead to later in the movie when the “spy kids” in question are attacked by their doubles, evil twins that have been sent to destroy them and steal the third brain. Sound familiar? Ever seen a little movie called Us?

The line “Do you think that God stays in heaven because he too lives in fear of what he has created?” directly inspired First Reformed and its titular line “Will God forgive us for destroying his creation?” Arguably one of the best films of 2018. Need we say more?

First of all, the idea to shoot the movie in Austin was a great choice. I love seeing large Pacific Rim style robots fight over the state capital of Texas, it’s great. Oh damn, that’s another movie this influenced. Second of all, the choice to have Elijah Wood show up as some sort of mega-man character and then immediately die is so iconic that it took me years to forget it. Finally, and this is something they have begged forgiveness for but it happened regardless, they made the movie in 3-D and called it Spy Kids 3-D. Do you understand how many movies have done that? Every third movie in a trilogy these days is in 3-D and that’s all the work of Spy Kids, the most influential franchise of all time.

This was written by Nathan Ellwood, who would like to shout out the runner-up Sharkboy and Lava Girl. Believe it or not, but Jupiter Ascending is a shot for shot remake of SaLG. Catch ya on the forums to talk about it further.