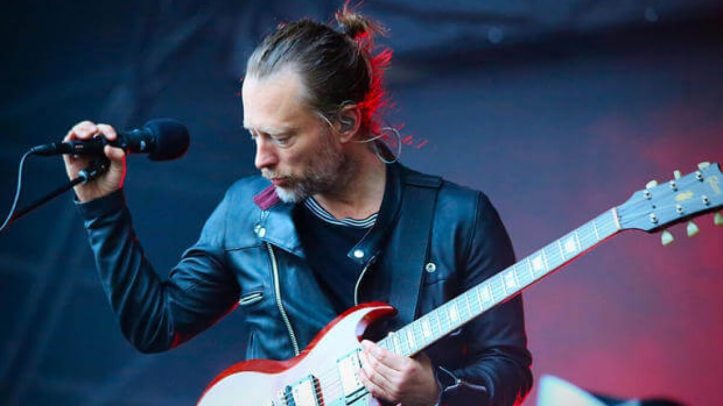 Hello music fans, my name is Jordan and I am here to tell you about everything going on right now in music. From Migos fighting with Chris Brown to Kanye West playing his new album in the woods so that no one can hear it, we have got everything right here at Eritas Daily. Today, we going to be talking about the new Radiohead song “Resistance,” which early haters are claiming is simply Thom Yorke butt-dialing 9-1-1. Those fools just don’t understand his art. Let’s talk about it.

After debuting some new material at Glastonbury, the band has officially put out their new single and it is incredible. The song starts off with a 9-1-1 operator asking “Is everything OK?” This is obviously a subtle but poignant question that Radiohead, not the police, is asking the listener. There is a sound of rushing cars in the background and then a guitar starts strumming softly. The faint noise of Thom Yorke coughing is the heard and then the 9-1-1 operator asks, “Is anyone there?”

There is a quick but important pause before the percussion starts. At first, it sounds like the rubbing of fabric. Almost as if you stuck a microphone in your pocket and walked down a busy street with it banging around. We aren’t sure how Radiohead is able to find these obscure instruments, but they always figure out how to seamlessly incorporate them into their work. The guitar strumming comes back, this time louder and with more purpose.

With the percussion and guitar going, the 9-1-1 operator comes back, this time sounding slightly annoyed. “Hello? Are you wasting my time right now?” The only answer is the music. Radiohead is obviously asking us if we are wasting our time. Are we so obsessed with our computers and iPhones that we don’t notice time slipping by? What does this say about our culture? I don’t want to make too bold of a claim here, but this might be their best work since OK Computer.

Then, just as the music is building and you think the chorus is going to start, the scene changes. There is nothing but static as the operator’s voice slowly fades, simply echoing “Hello?” again and again to an indifferent void. Another pause, this one longer. Suddenly, the clarity of the sound dramatically improves. The noise of the busy street intensifies and we here Thom Yorke say clearly “Ah, class job there Thom.” After this for a split second there is nothing but silence, then the song ends.

Clocking in at 2 minutes and 59 seconds, Resistance is one of Radiohead’s shorter songs. However, people on Twitter have already been trying to figure out why.

Danica from Delaware thinks that this is only the intro track for the new album. That it isn’t supposed to be listened to outside of the context of the album, but by releasing it as a single they are subverting the paradigm. That may be true.

Clarissa from Texas says that when played backwards the song tells her stories of her grandfather in the Vietnam War. Only, the story is different every time.

Krissa from Near Me wants to meet up and introduce me to her twin sister Tiffa and show me a good time.

Jesse from Australia told me the song calmed his spiders and now they are walking on 2 legs and asking him to refer to them as “comrade.”

Isn’t that the best thing about talking to other Radiohead-heads? Everyone has a different take on every song. That, is good song writing my friends.

Well, that’s all for today. Look for Radiohead’s new album soon, once Thom Yorke comes back out of that cave with the rest of the lyrics and translates them into English.

This article was written by Nathan Ellwood, who thinks that this new song is too much of a deviation from what made Radiohead good: talking about Slime Gods. Follow Nathan for more on Twitter @NPEllwood.