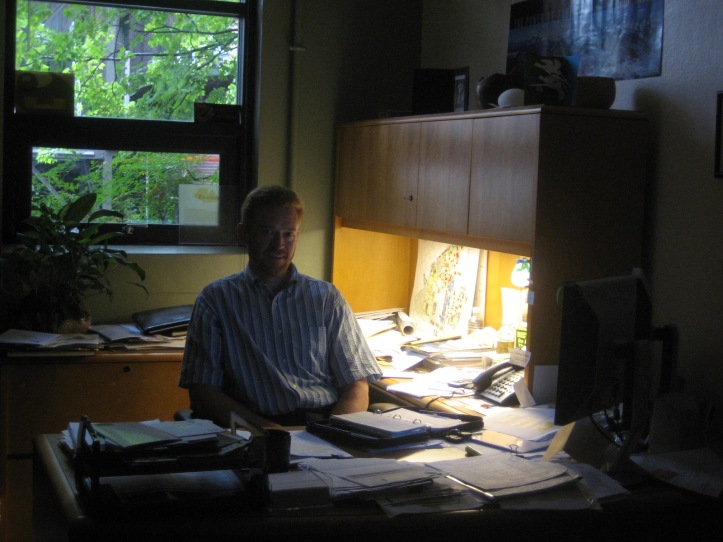 (Lancaster, PA) Tuesday at the office, another day, another 8 hours spent filing the tax records. Well, that is, if you’re the subject of our story, Lee Growthson, tax attorney and local man. If we’re being honest, there isn’t much more to tell about him than that. He does his job, he goes home, he eats his dinner, he works on his puzzles, he enjoys the comfort of his own company. He sees no problem in this and values the limited space he takes up in the universe. Only occasionally does Lee feel the need to validate his existence when he finds himself in the dark and has to wave his arms to get the office motion detector lights to turn back on. How simultaneously humiliating and exhilarating.

You see, things haven’t always been this way. Back in his heyday, Lee Growthson was something of a badass, at least among tax attorneys that is. He would walk into a board room and a chill would ripple through everyone’s souls. Now, he walks in a meeting and has to try his best not to leave again to go to the bathroom before it is over. People have drawn doodles of him as a sloth is what I’m saying.

How could this be the same person that once rocked the office karaoke night? The same man who has been known across the country for his air acrobatics? What happened to you, dude?

In truth, it really all comes back to those damn automatic lights. You see, Lee was still a badass when the lights were installed and for awhile, that remained the case due to his lively energy and constant movement. Then, one day, he had a little bit too much for lunch and was writing a very long email when the lights went off around him. He didn’t want to make a big deal out of it, but he also felt foolish sitting there in the dark. Just as he raised his arms to get the lights back on, someone walked by his office and noticed him. At this same moment, the lights turned on, shining a spotlight on his shame.

Lee felt slight embarrassment at first, but didn’t think much of it, but then it kept happening. He thought he was fine, but then just as he would go to wave his arms, someone would see him. This ate away at him, reducing him to the man we find now, in the dark of his office, refusing to wave his arms. When we reached Lee for comment, all he said was this: “I’m used to the dark now. I don’t fight it anymore.”

This article was written by Nathan Ellwood, who forgot what was happening earlier, but he’s back now. Follow him @NPEllwood.