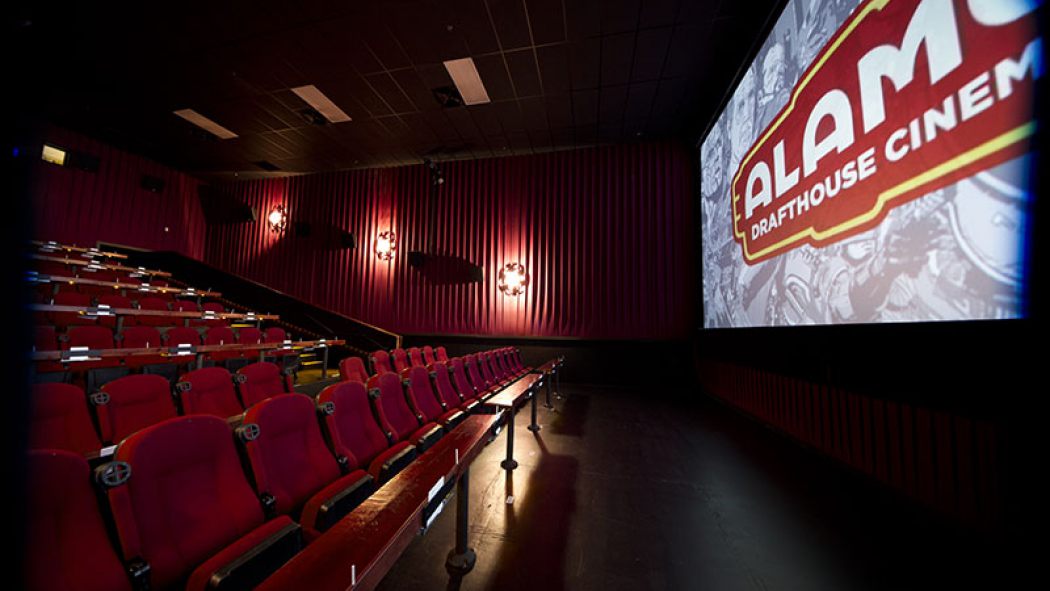 (Austin, TX) If you’ve ever been to the Alamo Drafthouse, you know that there is a certain way that they do things. Like any good company or religion, they have a lot of rituals and most moviegoers that come to Alamo appreciate these subtle differences from other theaters. Traditions such as not letting you talk during the movie, show up late, or generally be an asshole. It’s actually kind of awesome. However, after a recent viewing of Iceberg Dad, we have to say that they may be going too far. Now, before every film, guests are straight verbally abused.

We interviewed a few people after other movies to find out what they had to say. Reviews were mixed to say the least.

Derek, 23. I walked into the theater and took my seat without speaking to anyone, my typical pre-movie ritual. I went ahead and ordered a beer and was waiting for it when the lights dimmed and I turned my full attention to the screen. After the typical goofy clip telling you to silence your cell phone and not talk during the movie, instead of another further warning, a spotlight was shone directly on me and a person behind the screen began to verbally berate me. He continued until he had personally roasted every person in the theater, it took almost an hour. All I wanted was to see Mamma Mia 2, now I don’t know what I want.

Chelsea, 31. They said things to me that will haunt me for years. I felt like I was being torn apart by wolves, but it was just words. I didn’t know words could do that. I’m scared.

Joseph, 27. I didn’t mind it, I thought it was pretty funny, honestly. I mean, he was just saying what we were all thinking. I wish more people did that. More people need to know the dumb thoughts running through my brain. That settles it, I’m starting a podcast.

Kim, 56. What is the world coming to? The man behind the curtain said that my eight year old son had a five-head. How is he going to recover from that? He is at a tender age and he had to listen to this man berate people for a half hour before we could see Suspiria. Like, what’s the big idea, Drafthouse?

Drake, 32. Why were they so mean to me? What did I ever do to them? This is why I don’t come to America anymore. The Six is where I belong.

Jolene, 43. There is nothing I love more than a good bullying before an important film. It really brings all of your emotions up to the surface so you can feel the movie more fully. I hope more movie theaters start doing this, potentially even making whole sets based on the movie you are about to see. I want to walk into a Cinemark and feel unsafe. Talk about an immersive experience, I tell you what!

What do you think? Don’t tell anyone, we wouldn’t want you to get in trouble.

This was written(?) by a few gnomes in a trench coat know as Nathan Ellwood. Follow them on Twitter @NPEllwood.