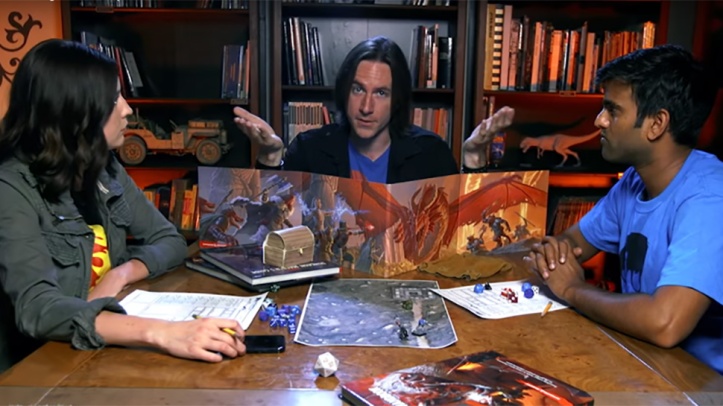 (Lake Geneva, WI) Ever since I can remember, I have always wanted a step-dad. Don’t ask me why, we are way too far past that now. Just accept my words and let’s move forward. I can show you the school papers I wrote in the fourth grade where I talk explicitly about wanting a step-dad. This obviously was angering to my parents, specifically my dad who is still very happily married to my mom, and yet, the obsession still continued to grow. Flash forward about 15 years to my first year at grad school. I get invited to a Dungeons & Dragons game by some friends and lo and behold my dreams finally came true. Gather around and let me tell you about how my dungeon master became the weird step-dad I had always wanted but never had.

I will admit, it didn’t hit me at first. I mean, the fact that we had to do homework before the first session should have set off some alarm bells for me, but I didn’t think much of it at the time. It wasn’t until just after our first battle, having been slightly scolded on my rolling technique, that I start to feel right at home. Or, like, my step-dad’s home.

I was instantly hooked on the idea that I had actually found the step-dad of my dreams. Sure, the game was fun, but more than that, it was spending time with someone slightly older. Some that is tough but fair. Someone that runs things by his rules but will let those rules slide for the sake of doing something cool. Someone who would treat your mom well. I continued showing up to sessions and will admit I enjoyed crafting my character, but the real reason I kept coming back was Dustin. He even had the perfect name for a stepdad.

What did Dustin think about my infatuation? I wish I knew. He was so into the game that it was hard to get anything through to him most of the time. I would steal these subtle glances at him, trying to catch his eye, only to be met with the business side of a Player’s Handbook. Even just the slightest look and perhaps a confused expression would be enough to fulfill the dreams I’ve had every night since we first met.

Alas, we’re about 8 months in and while Dustin has been a consummate professional when it comes to running out campaign, I just can’t seem to crack this egg. All I truly want is a typical dad joke, and trust me there have been plenty of opportunities in our game, but he won’t crack. But I’ll get him, don’t you worry.

I’ll finally have the stepdad I’ve always wanted. Then, I’ll only need one more dad to complete my collection. It’s only a matter of time.

This was written by Nathan Ellwood, the guy who wrote it. More things he has written, you ask? Follow him @NPEllwood.

In Marfa - thanks @antoni0_que !
if you see me around town, take a picture and send it to us!
New stickers are IN - our largest run ever. If you want to put these around your city and make it a lil bit weirder, comment below or DM us!
doing a big reprint of this classic ‘live a weird life’ sticker so let me know if you want to spread some in your city!