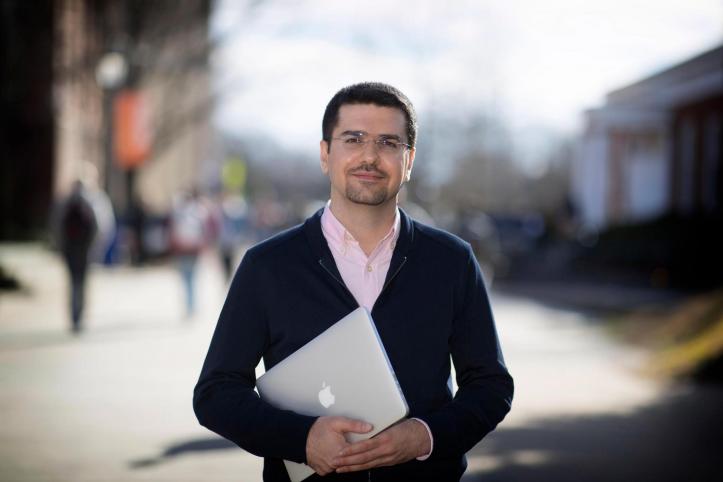 (Austin, TX) This time of year, college campuses can be one of the most tense, stressful environments you can ever encounter. Students are constantly running, nay, Bird-scootering around with haste to make their classes, often recording Tik Tok videos simultaneously, with little to no chance they will actually pass the class. Yesterday I literally saw someone scooping raw coffee beans into their mouth as a snack. We interviewed a few grad students, the most notoriously stressed out sub-genre of student, to find out how they do it. One student, Trick Nelson, stood out to us for two reasons: he was a grad student who had his life together and he is currently failing all of his classes.

“You know, they say grad school teaches you to prioritize your life and I’m only interested in having a good time,” Trick explained to us via Instagram direct message, his preferred method of contact. “I am learning a lot here at school, I just never do any of the work. Sure, I might get dropped at some point, but for now, why not just enjoy the ride, you know? I’m about to run a triathlon, my philosophy degree is the least of my worries.”

That’s right. Even though he is failing all of his classes, Trick recently has gotten into the best shape of his life, has already bought a ring to propose to his long-term boyfriend, and knows exactly what he is going to do with his life when he graduates. Everything is coming up Nelson in his life outside of school and it clearly doesn’t bother him at all.

“Yeah, I mean it makes sense to me, but the students who often do really well in my classes also have very chaotic personal lives and spend most of their time studying or thinking about studying. I just decided after about 2 minutes of doing that that I could get by on my wits and didn’t ever need to worry about grades again. So far, I haven’t exactly been wrong.”

Obviously, we had to talk with some professors about Trick to find out what he was like in class. We were surprised to find out that they had positive feedback for the most part. “Oh he’s a delight to have in class. I mean, sure, he hasn’t turn in a paper in three years, but that’s not really what a philosophy degree is about. It’s about understanding what is important in life. Apparently Mr. Nelson has figured that out.” But what do they know, right?

College is a bizarre place to say the least. We would wish Trick the best on his journey, but it seems like he’s got everything already figured out.