8 Things That Almost Make Capitalism Worth it 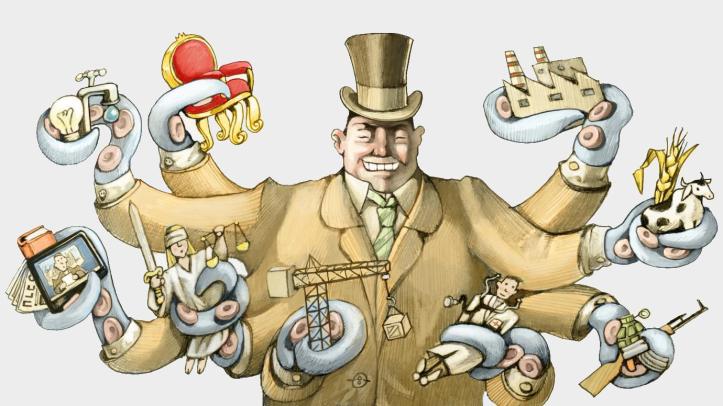 Having just finished watching Bong Joon-ho’s masterpiece Parasite mere minutes ago, I’ve got capitalism on the brain. In fact, I have capitalism on my mind almost constantly, as if it is slowly leaking into my mind through the new Amazon Headbands that Overlord Bezos installed a few weeks ago. It is clearly the best system, obviously, but I sometimes wonder what it would be like if we lived under another system. When I have these bizarro thoughts, I reflect briefly on the few things I would miss, the few things that almost make capitalism worth it. I’ve compiled them here for your reading pleasure.

Some will be accompanied by explanations, others just speak for themselves.

1. Monster trucks. As much as I would love to believe that monster trucks would have occurred naturally under socialism, I’m not sure that’s what would happen. I’d certainly miss them, but then I would remember that I have universal health care and be like “oh well.”

2. Taco Bell. People would be making delicious taco treats regardless of the overarching power structure, but Taco Bell itself would have no place in a socialist environment. First of all, no one would work because they would just go get free Taco Bell all day every day. Why wouldn’t you? Although I guess I could do without it if I didn’t have to constantly worry about climate change.

3. Star Wars. I mean, the amount of movies and shows we are getting now is growing out of hand, but it’s better than not having them. Right? Actually, maybe I wouldn’t care if we had more trains.

4. Easy access to videos of cats, dogs, and the occasional raccoon. Or just Vine I guess. Tik Tok is fun, but I miss her.

6. Skyscrapers. Again, feel free to debate me, but this just seems like something that would only happen when property costs so much and is so hard to understand. But trust me, I’ll take short buildings all day if it means I won’t have to work myself to death.

7. The possibility of interstellar travel. Both Jeff Bezos and Elon Musk are my least favorite person, but they at least know that space travel is cool as hell. Imagine how much cooler it would be if we taxed them appropriately and used all that money that they didn’t earn to pay for things that need fixing, right now, in the present. Then, once that’s handled, we can start moving on to other worlds. But the immediate problems would be handled and they would both still be billionaires.