Breaking: Big Loss for Trump! Can’t Figure out Where to Buy One of Those Hats with Spinners on Em 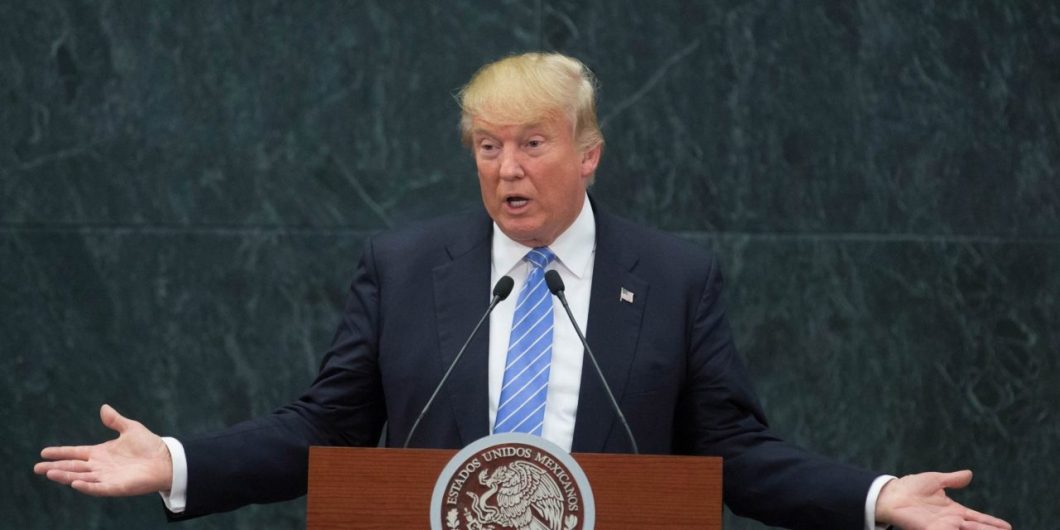 (Washington D.C.) It was revealed late Thursday evening that the President of the United States, the Ol’ Four-Five, cannot figure out where in the heck he can get one of those fun hats with the spinners. He Tweeted soon after the word got out, “I’m so furious. I am going to have to see Party City IN COURT! They were such a tremendous brand. Sad!”

White House Press Secretary and Chief of Hot Dog Buns Sean Spicer has confirmed this in a rushed together press conference. “It is ludicrous that the President of these here States cannot demand and immediately receive a Spinner without being put on a leash by the judiciary. You heard me, ludicrous I say!”

The Judiciary Branch had this to stay in response, “Eat it Sean, you’ll never get a Spinner, and neither will he.”

It is hard to convey this over print, but the judge, who was lacking any facial features to speak of, delivered this line in an extremely chilling manner. Spicer told everyone to “quit blarning on him” and dove into a secret service member’s arms and was promptly carried away. There is still no report as to what in the world ‘blarning on him’ could mean. More soon.

Back at the White House, Trump has apparently resorted to trying on different types of “silly” hats chosen for him by President Bannon to see if they bring him the same joy as Spinner had. He was trying on Santa hats, phallic shaped hats, hats with big brims, even the silliest hat of all, the visor. Nothing seemed to bring him the exact feeling he was looking for.

“What if we made our own? Think we could do that?” Trump asked his cabinet members, like a little kid asking their parents for a puppy.

Recently appointed Attorney General Jeff Sessions reminded Trump that “unfortunately, all of those hats are produced in that dreadful republic that calls itself China. Ever since you took office, they stopped production of those hats. Apparently someone told them how much you fancy them.”

“Drats! I won’t rest until we own all of the Spinners in the world. No more hat makers will be able to enter the U.S.! That way we will be the only people able to make those hats for Americans and we will corner the market. God, I am so good at business.” Trump proclaimed, like a Rocky Mountain canary.

Paul Ryan, hanging upside down from the ceiling calmly asked, “But man, how would we know who is a hat maker and who isn’t? Wouldn’t that just bum everyone out? What if some people were stopped for being hat makers but they weren’t really, just something similar like a shoemaker or a barista? What if I couldn’t wear beanies anymore?”

“Listen, I know a hat maker when I see one. You just know. I am sure the people guarding our border will find all of the hat makers trying to get through. Even if he is a guy making tall hats and not Spinners, who cares? Maybe the demand for tall hats would go away and he would convert his practice over to Spinners? We just can’t take that risk.”

“I don’t know man, I don’t think people are gonna like that,” replied Ryan, this time hovering directly over Betsy Devos’ head with his legs crossed over themselves. “We might have people walking here in crowds almost as big as your inauguration. Like, dude, how would that look?”

“I don’t care. We are doing it. No more hat makers! That’s what I campaigned on and that’s what the people want,” Trump concluded, waving his hands and causing a wind to stir.

Upon hearing of this “Milliner Ban,” the 9th Judiciary Court struck it down as unconstitutional and were said to be seen skipping around in a circle, singing Ring Around the Rosie. When reached for comment, they collectively replied “Eat my shorts” and fled the scene on a fleet of Razor scooters.

It seems as if this debacle over Spinners has had its first cease fire, but it is still too soon to see if this is over, or only just beginning.

This article was written by Nathan Ellwood, who has had enough of this Milliner discrimination. Follow him for more on Twitter @NPEllwood