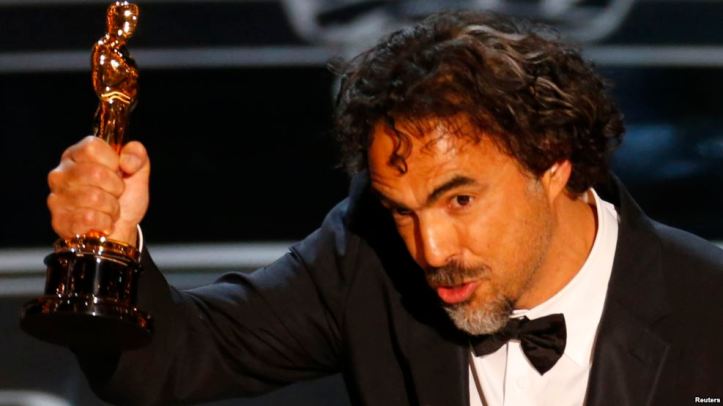 In fearful anticipation of Sunday’s Academy Awards, conservative moviegoers are concerned that winners will get political in their speeches. This comes after almost every Golden Globe winner gave impassioned speeches opposing Trump’s rhetoric and several Grammy performances took aim at POTUS’s policies.

One conservative moviegoer, Elda McGuire, expressed such fear: “It just makes me sick, these Hollywood snowflakes. All of these people are living in this dream world, totally disconnected from the reality that everyday people are going through.” Elda’s favorite movie of 2016 was La La Land.

Adam Johnson, another moviegoer, said he is not sure if he can even chance watching the Oscars this year. “It just sucks, you know, because I’m such a huge fan of these stars,” Johnson said. “And Hidden Fences [sic] was my favorite movie, but if they win, I just know they’re gonna start talking about black female empowerment, which is totally not the point of the movie.”

We asked what Johnson thought the point of Hidden Figures was, to which he looked at us condescendingly and said, “NASA. Rocket ships. Space. Come on, man, ain’t you supposed to be the journalist?”

McGuire and Johnson’s fears echo the sentiment of a larger population of conservative moviegoers who increasingly feel marginalized by Hollywood’s liberal tendencies, which they swear were not always the case.

“I guess I just remember when you could go see a movie about aliens and it wasn’t a metaphor for the current political discourse,” says Craig of Wisconsin, who went into Arrival expecting “a crap ton of violence.” Craig says he is not sure if he will ever again trust an alien movie to not have a subtext and may just stick to Christian puff pieces by Mel Gibson in the future.

Another movie-goer and part time bank-teller, Belinda May, thinks Hollywood also has a double standard in relation to its #OscarsSoWhite controversy. “All I know is I sat through a three-hour movie about a black family with no fence in their backyard, and there was not one white person on that screen. You tell me what’s racist. Couldn’t they have given Robert Downey, Jr. a role? He’s been black in a movie before.” When pressed about whether this means that Belinda did not like Fences, she is defensive: “Oh no, Denzel is my favorite actor. I’m just saying: what happened to all the white actors?”

Meanwhile, Judith Bee, who is pretty sure she understood Hell or High Water, is ready to throw in the towel on Hollywood ever being bipartisan: “I think the Western movies that have no political commentary whatsoever, just good ol’ fashioned shooting, are the only hope we have left, and they only give us one when Jeff Bridges isn’t busy. When he’s gone? Sayonara, neutrality!”

Eritas reached out to several conservative moviegoers walking out of a screening of Moonlight, but they were all shell-shocked and could not speak, presumably because they had never seen a movie where a protagonist fit into two minoritized categories.

This article was written by Ben Taylor, who longs to be in the Academy so that he can vote straight Democrat on his ticket (sorry, Clint Eastwood). Follow him on Twitter for more one-sided opinions: @therealbenshady