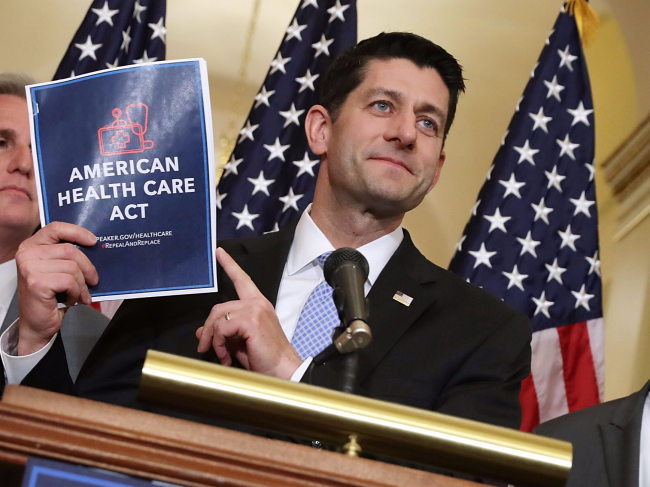 (Washington, D.C.) Earlier this week, after several weeks of teasing, the Republican lawmakers finally unveiled their health care bill which has quickly been deemed Trumpcare. Many are upset with this newly introduced bill, while others who have been on the “Repeal and Replace” train for the last 8 years think that this is long overdue. However, what everyone can seem to agree on is that Trumpcare will most certainly cover one particular group: those who cross their fingers and hope they don’t get sick.

“I am really happy that this bill will finally cater to someone like myself,” reported graduate student and part time librarian Olga Gliberkoff. “Every time I feel myself coming down with a cold or when the Boils begin to form, I always just cross my fingers and hope nothing terrible happens.”

We were curious why this preventative measure hadn’t worked under the Affordable Care Act, more commonly known as Obamacare. “Obamacare was just too low cost and easy to enroll for, I would often just let myself get sick because I knew I was covered. With Trumpcare, I would have to sell 3 of my iPhones in order to just pay for a regular check-up. Now, I just won’t have insurance and get through life the way I did in college: constant prayers to the benevolent Slime Lord for another year of relative health.”

Apparently hoping to dispel any opposition to the bill that he literally put his blood, sweat, and tears into, Paul Ryan had a press conference to help answer any questions. “As you can see from this chart here, those who have been getting sick from not praying enough are here in the orange, while those who have been praying and thus not getting sick are here in the blue.”

“Obviously, this needs to be fixed. It is not the job of those who have been praying enough to pray even more into the communal pool in order to save those who don’t beg out for the Slime Lord’s mercy,” Ryan had begun to grow red and was adjusting his tie every couple of minutes in irritation. “It’s pretty simple, dudes and ladies, we are not going to have a communist program like Russia. Every single American needs to be begging to our Savior for good health and there are no shortcuts.”

Sean Spicer then took over the press conference to announce that the Trumpcare program was obviously superior to anyone who understood basic math. “Look here, I have set down the two bills side by side so everyone can see,” Spicer exclaimed, pointing to the table next to him he had set up with two large stacks of paper on it.

“As you can see, our plan is much smaller than the old Obamacare you all know and love. Being that we are the more conservative alternative, we have made our plan airtight and short. Not only that, we have printed on both sides of each page to reduce paper costs. Now, who can say that we don’t care about the environment?”

While at the time it seemed that he did have a good point that their bill was in fact significantly shorter, upon further examination it seemed that shorter might not mean better.

The first few pages of the document seemed to lay out a general idea of what health care and health insurance does for people, after page 7 there were simply a few notes stating “All those who call themselves true believers of the Magnificent Sludge will remain healthy, while the heretics among you will surely parish.” This mantra repeated for close to 10 pages before another, similar chant was begun.

All that was contained in the following 66 pages was simply the words “All work and no play makes Paul a dull boy” over and over again. We are still unsure if this a typo or should be treated as part of the bill, but we were all in agreement that The Shining was Kubrick’s best work. It seems as though for the time being, prayer to undying Mire King will be the best way to guarantee a healthy lifestyle. More on this, as it develops.

Finally, please remember, dear and wonderful readership, that mandatory Mud Baptisms will commence at 7:25 this evening. Please do not be late.

This article was written by Nathan Ellwood, who has been on this tried and true method of not getting sick for quite some time with only minimal side effects. Follow him for more on Twitter @NPEllwood.