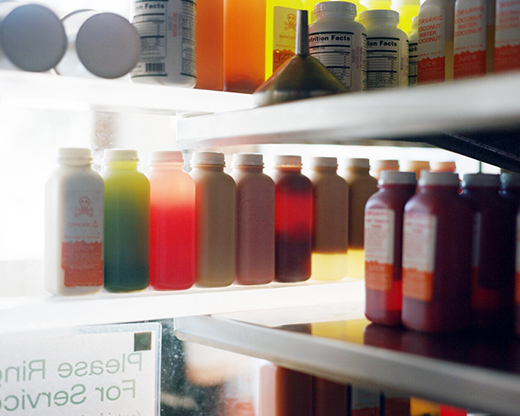 (Jacksonville, FL) What started as an internet meme has now become a cultural phenomenon. Bone Hurting Juice is the perfect summer treat, it will make you say “oww oof my bones,” “ooh right in the bones,” and plenty of other similar exclamations. However, I am sure you already knew about this. I mean, to have not heard about BHC, have you been living under a rock these last six weeks? We are not here today to talk about how much we all love Bone Hurting Juice, we have come to tell the story of how we got to where we are today.

It all started right here in Jacksonville, in the garage of local stoner and Reddit gold user Drillan Vandershaff. Drillan had been fooling around with a few recipes that he had found on the internet, including one claiming to turn him into a powerful warlord. This had not yet come to pass, but apparently Mr. Vandershaff had unwavering confidence that he would one day rule the cosmos.

One of those recipes is what we now have come to know as Bone Hurting Juice, but back then it was just called Factory Reject 657. The first brewing of BHC was done at 2:13 pm on March 13th following one of Drillan’s grueling 3-hour shifts at the nearby smoke shop. He followed the first step in the instructions and peed into an empty Mountain Dew bottle before dumping it out. He then poured some water into the same empty bottle and mixed it up to make sure and take advantage of the remaining flakes.

He then put that water into a sauce pan and set it to simmer. After 6 hours of this, it was time to deep freeze. After 3 days in the freezer, he poured a steeping hot kettle of green tea over the ice and let it sink into day old cough syrup. It was finally done and ready to sip.

Drillan took one sip of this excruciating cocktail, which he thought was going to make him live longer, but ended up just making him grunt “ooh oww bones my bones ahh.”

After waking up from the pain coma, Drillan’s first thought was that he had struck gold with this concoction. He immediately knew this was going to be a success. After copyrighting the name Bone Hurting Juice, he made another larger batch of his incredible drink. Once he had filled all of the various sized mason jars he was going to sell it out of, Drillan took to the internet and tried his hand at some advertising.

This internet comic, or “meme,” took off and that got us to where we are now. Some have called this rise meteoric, others a national tragedy, but I think we all truly understand what it means to have hurting bones now. Why tell the story we have all heard over the last six weeks about betrayal, death, and ice cream cones? Instead, let’s look toward the future.

What lies ahead for Bone Hurting Juice? It still might be too early to say, but we think that there is a bright sun on the horizon for BHC. A great sun of incredible size. A sun we all might want to talk about if we hope to keep on living. Later. Our people will get to your people.

That’s all we have for today, but make sure and keep a look out for the new Bone Hurting Juice flavor coming out next week: Osteoporosis.