May 3rd Officially Declared Last Pants Day of the Season

Attention: May 3rd has been declared the last pants day of the season by federal court. Due to rising temperatures, both throughout the day and night, anyone who is caught wearing pants will be fined up to $400 dollars and may be subject to imprisonment. Please be on the lookout for certain “emo” types who plan on wearing jeans straight through the summer and report them to your local Neighborhood Watch authorities.

This is one of the later last pants days that we have had on record, thanks global warming. It used to get hotter way earlier in the year, but now it seems that it takes longer to get there. The original last pants day, first celebrated in 2322 BCE, was just because no one wore pants back then. The Egyptians who first described last pants day in their hieroglyphics simply said that they were never going to wear pants no matter how much the Romans wanted them to. It was disrespectful to Ra to even suggest such a thing.

Along with the different cultural changes between then and now, the way that we celebrate last pants day has changed as well. The Scots used to rip off their pants and jump into a river full of beer, but that’s how they celebrate every major holiday. People in Korea used to symbolically burn a pair of jeans every last pants day, a tradition that has spread into all corners of the globe, but is strictly forbidden in almost every country due to the incidents of 1937.

It is said that the indigenous people of Australia used to kill a kangaroo every last pants day in order to quell the hunger of the Babadook, but everyone knows that the Babadook is vegan, so it seems unlikely. It probably was a rumor spread by the first British to arrive in order to lessen the indigenous people in the eyes of their Slime Gods. It didn’t work, in the end, but boy did they try.

Nowadays, we all celebrate last pants day in the same way: by removing the bottoms of our zip-off pants and returning them to their proper place in the attic, next to great aunt Martha’s ashes. If you don’t have a great aunt Martha or have one but she is still living, there are plenty of places like CVS, Party City, or Costco where you can buy replicas. Once we have all turned our pants into shorts, looking like the cool people that we are while doing it, we turn our attention toward the sun.

Once we are all facing the sun, we kneel and recite the ceremonial plead:

You take our pants

And then we dance

This is the one tradition that has survived the ages, originally recited by the same Egyptians who built the Pyramids. The Egyptian-Heiroglyphs to English Google translate isn’t exact, but from studying various cave paintings and other ancient runes, we believe the “children” they are referring to look something like this. 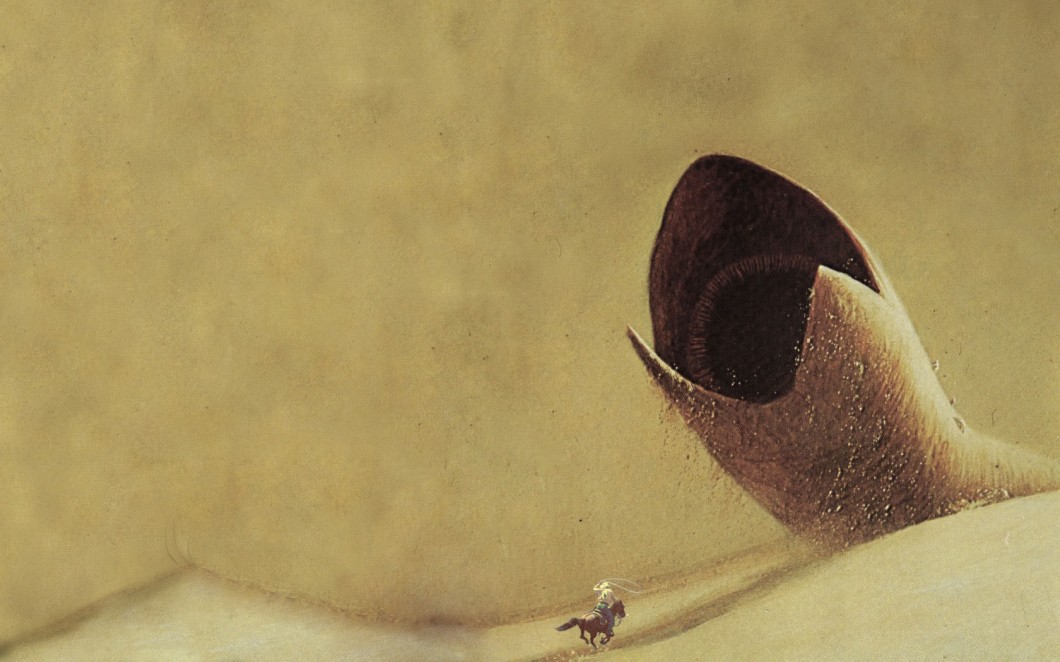 Obviously, we aren’t hoping to summon Shai-Hulud with our recitations and chants, but if we did, that would make for a pretty dope Instagram story, right? There haven’t been any incidents recently, but since we have no idea how these “children” perceive time, we can’t ever count on them showing up or not.

Finally, we just want to wish everyone a good last pants day from us here at Eritas. We hope that you have a good time at the Unzipping Ceremony and that your vocal chords are nice and lubricated for our group mourning effort. Immediately following the function, the Monks of Father Jackal will be hosting an after party at their cathedral. We can’t recommend that you attend, but we’ll probably see you there.

This article was written by Nathan Ellwood, who has never been to Arrakis, but hears it is lovely in the Spring. Follow him for more on Twitter @NPEllwood.