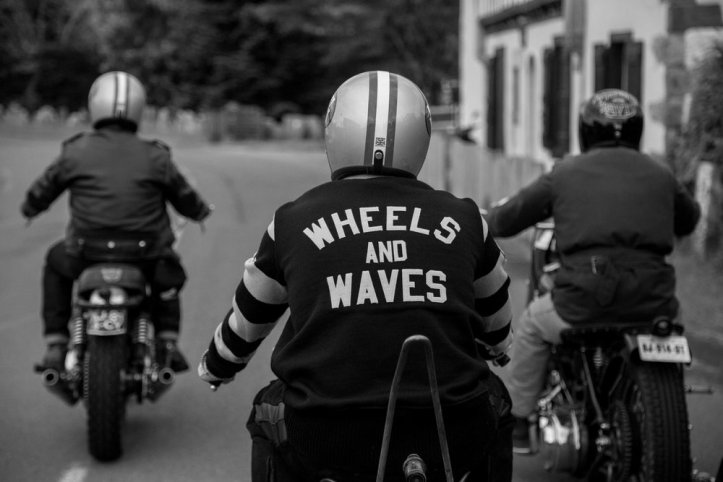 (Anaheim, CA) The hot Californian sun bakes down on the cracking asphalt of a community college parking lot known best for the it’s seven murders scenes (the best in the county!). Just past the scene of murder #4, the Anaheim Death Lane as it is known to locals, we see five bikers parked in a circle, talking amongst themselves. I know my job as a writer is to make them sound cooler, but honestly they just look foolish.

Dan Buttz, the leader of the supposed “gang,” looked around at his four high school friends whose relationships he never grew out of and decided maybe this wasn’t really cool anymore. “Boys,” he said, as he always referred to a group of men in their late 40s. “I think the time has come for us to end this biker crew we have sort of morphed into. Remember when we used to just drink beer in that sewer and set stuff on fire? That was 30 years ago boys. I think the time has come.”

“Dan, I love you more than my wife, but you’re talking nonsense,” angrily replied Dan’s right hand man, Zeigfrum. “This is all we have.”

“How do you not see how lame that is?” said Coolboy Jones, the badass and wildcard of the group. “I outgrew this years ago, but it beats shopping with my wife, right guys?”

The men burst into laughter like they just bit into a funny sandwich and soon they are rolling on the floor in hysterics. Dan tries to calm himself by grabbing his knees, but he accidentally bangs his gun against the pavement, causing it to fire directly into Zeigfrum’s leg.

There was a moment that occurred just after the gunshot went off where all of the men went quiet, before Zeigfrum, ever the character, looks up from the bullet in his leg and says with a deadly straight face, “At least I’m not at Pottery Barn with my wife!”

All of the men double over with laughter and, from what we can tell, they accidentally fired their guns over and over until there was no one left to keep hit. We would like to update the record murder total now, to 12.

This article was written by Nathan Ellwood, who has only seen the first season of Sons of Anarchy so he might not exactly understand how bike clubs work. Follow him for more on Twitter @NPEllwood.