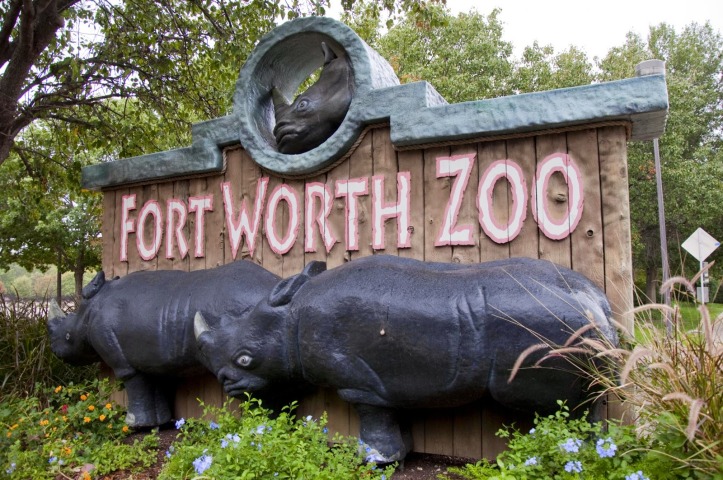 (Fort Worth, TX) The Fort Worth Zoo announced a new campaign, A Wilder Vision, this week, featuring new space, fresh exhibits, and most importantly exciting ways to interact with several new animals. The Fort Worth Zoo is ranked as one of the top five zoos in the world and with these new animal exhibits, there’s no question why. Their latest exhibit, featuring a new tiger, has taken the city by storm.

After visiting the zoo and experiencing the exhibit for ourselves, we aren’t sure you can even call this an exhibit as much as an out of body experience that takes you right to nirvana. Is this what it’s like to be a millennial on the latest trendy herbal drug? Perhaps this is how Republicans seem forever unfazed by anything, ever. No one is happy all the time, but we are starting to wonder if the Fort Worth Zoo has discovered the secret to eternal, ignorant bliss after all.

The exhibit is called Roar and features the newest member of the zoo family, Trump the Tiger—but this loquacious, surprisingly modernized feline isn’t just any tiger. He walks on two legs, dresses like John Travolta before he lost his voice, and is incredibly knowledgeable about pop culture. He walks around the exhibit, interacting with guests and posing for photographs. When our team visited, Trump the Tiger appeared behind us, declaring “Let’s take a selfie!” At first, the experience is a bit jolting, but then you think, “Why wouldn’t I want to take a selfie with a fashionable tiger who walks on two legs and somehow has opposable thumbs?” The next thing you know, you are the coolest kid on the internet with the most Instagram likes, because let’s be real: everyone’s deepest, secret desire is to interact amicably with a hip tiger.

While this new feature of the zoo seems flawless and like a dream, the exhibit is still working on smoothing out a few kinks. Trump the Tiger is mostly anthropomorphized—a human family even raised him from birth—but he does display more animalistic traits every now and then. Just last week a zoo staffer caught him attempting to eat another zoo animal, Mika the Macaw. Thankfully, Mika escaped and the zoo detained Trump quickly. The tiger’s regular diet includes grapefruit, pasta, and a variety of seeds and nuts. Unlike the other zoo animals, Trump wears clothes and even has his own cell phone, which he frequently uses to engage social media platforms such as Twitter and Facebook.

Roar is certainly an attraction to witness, but some critics are questioning whether attempting to domesticate such an exotic animal is too risky. The young but fantastically talented artist, Lorde recently voiced her concern that Trump the Tiger may end up a zoo liability. “I’m all about being wild, but trusting a tiger this much is crossing a line,” she said. Still, Trump the Tiger has more followers on Twitter and Instagram than any other public figure right now. He has maintained a position of power—at least for now.

This post is sponsored by the Fort Worth Zoo, who has backed up Eritas since our inception.

Lauren Ward-Reed, who wrote this post, frequently has dreams about taking selfies with domesticated tigers but would never trust anything that makes Republicans happy in real life. Follow her for more on Twitter @LaurenWardReed.

More stickers in California from Eritas correspondent @antoni0_que
In Marfa - thanks @antoni0_que !
if you see me around town, take a picture and send it to us!
New stickers are IN - our largest run ever. If you want to put these around your city and make it a lil bit weirder, comment below or DM us!