We Ranked 8 WWE Superstars Based on Their Sheer, Raw Power

Everything is wrestling when you think about it, and wrestling is no different. WWE and programs like it are as much a part of the American fabric as apple pie and shooting an intruder in your home, committing what is known in Florida as a “good murder.” All of the best stories originate from the ring. You know Shawshank Redemption? Originally an Undertaker sub plot. John Cena was the original Legally Blonde and the Rock, well, let’s just say we have him to thank for Iron Giant.

What you might not realize about the grand world of WWE style wrestling is the sheer, raw power that these beings possess. We have gone deep into the depths of the WWE world and emerged not unscathed, but still in one piece at the very least, with a story we must tell you. An epic. A list, if you will, of the top eight men, women, and gender-nonconforming wrestlers in the WWE based off of their raw energy and power. We know you want the goods, so let’s get into it.

Jellyroll is notorious for casting spells using ancient runes on his enemies in the ring. He also has a sick power driver move that can bend a man’s spine.

Nightmare is known globally for her red eyes and brutal jugular slam. Fun fact: she used that move to defeat the Graverobber Gang in season 6 of WWE.

The ol captain of this anger train has pulled into the station, and boy is his whistle loud. Primarily trained in screeching attacks, Anger is the product of a banshee and rune child making love. Ugh, did I just say making love? Gross.

(5) The Lobster Pastor. Mouthpiece of the Unknowable God.

As a keeper of the Lost Secrets, the Lobster Pastor has mastered the art of dark spellbinding and unholy eviscerating. The energy that this man gives off is palpable in every room he enters. 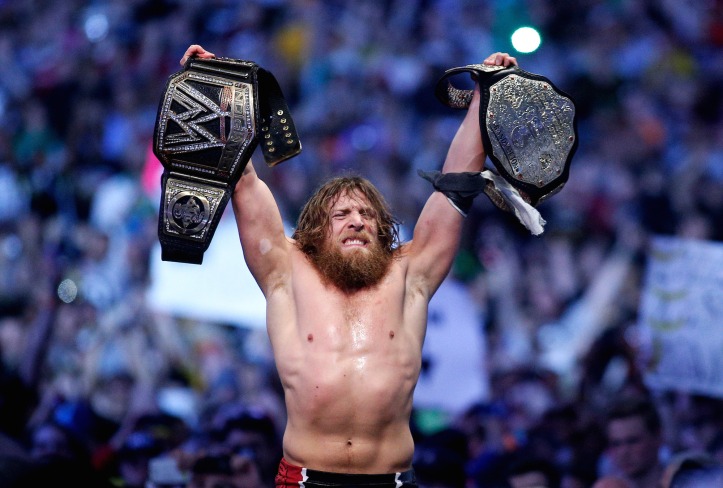 Although smaller than most WWE superstars, Bane wins most of his matches due to his oneness with nature and ability to hide small rodents in his beard. 95 percent of all professional wrestlers are afraid of small rodents, giving Swamprat the upper hand in almost any conflict.

Loss in battle to this enchantress might cost you more than just the embarrassment of defeat, but the soul eating of a once indifferent void suddenly turning aggressive. A void that finally had enough of being, enough of existing, enough of it all, and decided to do something about all these things existing out in the universe. The void is taking it’s time, but it is relentlessly persistent. The void knows about all that you have done and all that you will do. The void knnoooooooowwwwsss.

(2) Joe and Bill Sanders. Wizards from Beyond the East.

Joe and Bill come as a duo, but that does not mean they should be taken any less seriously. After training under the infamous Bonesaw, Joe and Bill combined their love for wrestling with their love for the dark arts. Watch out for their synchronized chokeslam move and their crowd favorite, Spell of the Whispering Shadow.

Benny Rodriguez is the most powerful WWE superstar and Blood Oracle this side of the Milky Way. Traveling from the Planet Tryconias in the hollowed out corpse of a dreaded Tryconian Ice Wyrm, Benny oozes raw energy and power. Rumor has it if you were to remove his sunglasses, the entire world would burn.

And so concludes our ranking of WWE superstars based on sheer, raw power. If you have different ideas about how we ranked them, keep it to yourself.

This article was written by Nathan Ellwood, who once wrestled a former WWE superstar named Ice Bone, or so he thought. Turns out it was just a regular squirrel. Follow him for more on Twitter @NPEllwood.