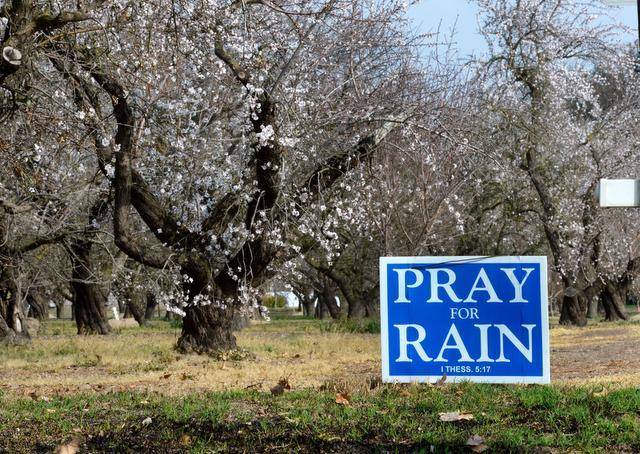 (Abilene, TX) You come around the corner and down the street you see it: a terrifying little blue yard sign. Your stomach drops as you assume that it’s going to say “MAKE AMERICA GREAT AGAIN!”, but as you get closer, you realize it’s something much less dreadful. In fact, it’s quaint. It’s one of the truest of beauties of living in a corner of the world that typically adheres to the climates of Hell but is heavily populated by persons who claim status as people of Heaven: the Pray For Rain yard sign.

If you live somewhere like Abilene, Texas, you’ve seen plenty of these. The plucky citizens know their home well for its finicky weather and general lack of precipitation, as evidenced by two strong outliers: the summer of 2011, when temperatures broke 100 degrees Fahrenheit almost every day that summer, and when there was no rain for almost as long, and the late spring of 2015, when it rained so hard one day that people were fishing in some of the city’s streets, which led to a few fried catfish dinners of questionable quality. Combine the climate with a population boasting what is rumored to be the highest church per capita rate (and a rather high teen pregnancy rate, BUT ABSTINENCE ONLY EDUCATION WORKS WE PROMISE), and you get the most beautiful of all yard signs.

However, recent rainfall has led some residents to urge their neighbors to cease and desist.

“Too much rain,” said one. “I blame Obama. Did you know he wasn’t in the Oval Office on 9/11? I saw that on the T.V. Some news show. Daily something or other. Probably FOX.”

Some local pastors even focused their sermons last Sunday on the topic:

“Please, for the love of all that is good and holy STOP praying for rain,” said one at an instrument-inclusive service. “We’ve had enough rain!”

At the end of the day though, it seems that some of the more stubborn locals will continue to pray for rain in their small city.

“Rain makes corn. Corn makes whiskey. And you know the rest,” a young man wearing a Stetson but who had clearly never ridden a horse winked as he said to me.

If you plan on ceasing sending up prayers for rain, maybe you can pray for that man’s everlasting soul, or that he will at least learn how to interact with women in a less … leery fashion.

This article was written by Maggie McAlister, who will always pray for rain. Her dad used to be the local weatherman, so she’s always paying attention to the weather. Follow the weirdo on Twitter @madmaggs21!