My Biggest Failure: The Children of the Corn Wouldn’t Let Me Join 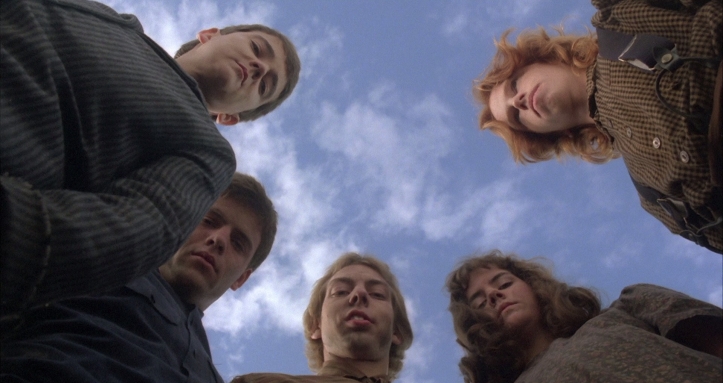 (Gatlin, NE) The year was the summer of ’77, only one year after He Who Walks Behind the Rows came for the citizens of Gatlin, and I tried to join the Children of the Corn. There, I said it. I am not proud of this. Honestly, I consider this to be my biggest failure. Not, that I was attempting to get in the Children of the Corn. No, I got over that almost right away. I consider it a huge embarrassment because while yes, I tried to join, they wouldn’t let me.

You see, back in ’77 the Children of the Corn were hot shit in Gatlin. They had murdered all of the adults in the town, creating a sort of adolescent utopia. It was also still 2 years before the fateful end of the leaders of the group, Isaac and Malachai, and I thought that if I got in on the group early I could make some serious green before the entire thing went in the toilet. That’s what my dad always would tell me. He would say, “Son, if you ever get involved in a cult, do the responsible thing and make a quick buck before blowing that hippy carnival.” And you know what? I let him down.

The funny thing was that after the first interview, I thought I was in. The interview was with Malachai and he was digging my whole “let’s slaughter the false gods” vibe. And I’ll admit, I was digging his vibe too. So that’s why when I was asked to come in for a second interview, my confidence was shaken.

The second interview was completely different than the first. First, it was Isaac who was speaking with me, not Malachai. While Malachai had mainly asked what kind of weapons I could supply to the organization (wrench, toilet brush, gun), Isaac was more concerned with what magical powers (sandblast, flamebolt, extendo-fingers) I could bring with me to use as a force on their side.

Needless to say, Isaac and I did not vibe with each other which is why when I received the phone call letting me know I hadn’t made the cut, I wasn’t that surprised. And honestly, I didn’t think too much about it at the time. It wasn’t until 2 years later when those dreadful interlopers came into town causing trouble that I realized what a failure I was.

After everything went down on that fateful day when He Who Walks Behind the Rows was defeated by the interlopers I went out to the farm to assess the damage. I even, in vain, tried to recruit some new Children but everyone had moved on. They had all been adopted or otherwise distributed, leaving me alone in Gatlin.

And I have remained here ever since, no longer a child myself, but waiting for the day when the Children will return. Then I will become He Who Walks Behind the Rows and we will have our Oblivion.

Until then, you know, take it sleazy.

This article was written by Nathan Ellwood, who will wait for the Blue Man’s call, thank you very much. Follow him on Twitter @NPEllwood.