The Nightman Has Been Defeated, Reverting us Back to the Proper Timeline 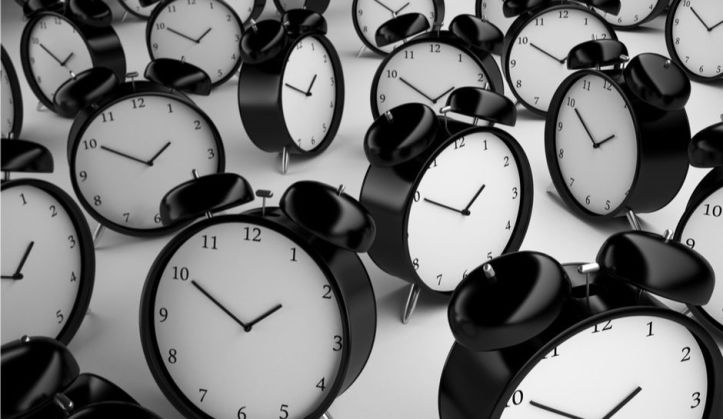 Over the weekend, many Americans participated in a time honored tradition known colloquially as “Daylight Savings Time,” but many don’t known the origins of this bizarre holiday. Today, we here at Eritas Daily are taking it upon ourselves to enlighten you to the truth of this holiday. What you choose to do with this information is up to you. Don’t blame us, we’re just the messenger. All that said, get ready to learn about the Nightman today, suckas.

The common theory here in the states is that Daylight Savings Time originated due to farmers need the extra daylight in order to harvest their crops. But as we all know, farmers are a rural myth and there is no evidence of them having ever existed on this plane of reality.

The truth is that in 1895 George Hudson first discovered that our world was closer to chaos than any of us believed. George found that the Nightman had been ruling our dimension for over a thousand years. Not only that, but there was another alternate timeline where everything was completely different. Where humans weren’t pestered by those nasty farmers.

Hudson set out to discover a way to revert our world to the proper timeline. Along his way, he discovered the Dayman. The Dayman was the fighter of the Nightman. He was the champion of the sun. A master of karate and friendship, for everyone. A true messiah. With the Dayman’s help, George was able to defeat the Nightman and send us back to the timeline we were meant to be in.

This victory over evil is what we are really celebrating every fall and spring, but the tradition has been lost to the ages and the truth has been buried under a pile of sleep-loss memes. Instead, we should be rejoicing in the glorious defeat of the Nightman and the heroic ascension of the Dayman. After all, we only have a few months of the Daymans’ reign before we must surrender our world again to the Nightman’s wrath, as was settled in the Meridian Accord.

So, sleep well and enjoy the extra time in the correct timeline. The warriors of Day know that this is simply a cease fire. We must prepare for the upcoming summer, when the Nightman rules supreme. Keep your eyes open.

This article was written by Nathan Ellwood, who loves the winter and that’s all thanks to the Dayman. Thanks Dayman. Follow him for more of the same on Twitter @NPEllwood.