Man with Three Keurigs Must Be Some Kind of Mogul 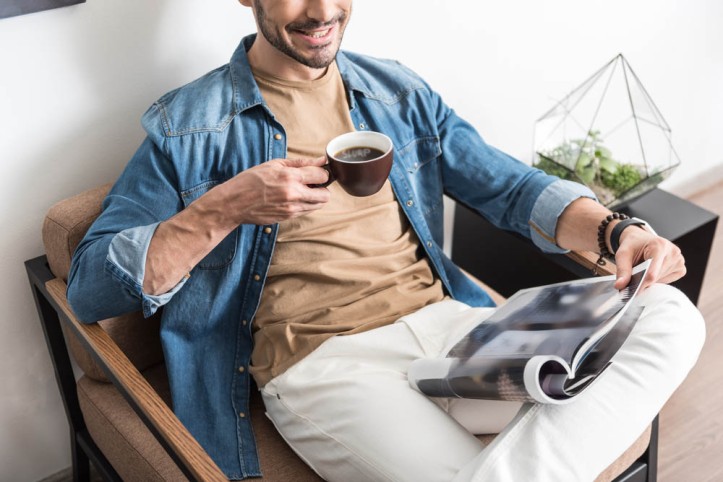 (Grand Rapids, MI) This story begins as so many do, with a flirtation between neighbors. I was out watering my tulips and I noticed that my next door neighbor who had just moved in was dusting off his lily pads. He had apparently noticed me before I had him, so when my eyes met his I was caught off guard by his cool stare. “Hi, my name is Rashid,” he said, extending his hand in greeting. “Can I make you some coffee?”

Although I was again taken aback by his confident manner, I nodded in agreement and took his hand, “My name is also Rashid,” I said, unsure of why I was lying. “What a weird coincidence.”

“That is odd,” said real Rashid, although it didn’t sound like he really thought so. “Let me fire up the ol’ Keurig and I’ll have that coffee to you in a jiffy. Meanwhile, I want to get to know you. I mean, we’re neighbors after all.”

“I would love that,” I said. Rashid and I talked all night, making coffee with little pods to keep us awake as we learned everything we could about each other. Eventually we went to sleep, but neither of us could find rest. We stayed up together and in the morning, we made coffee in his bedroom.

“Sure, although I usually prefer a blonde roast in the morning,” I replied, unsure why I was being so pretentious.

“I don’t think I have any here,” continued Rashid, smiling. “But that gives me an idea. Follow me.”

He took my hand and lead my to a wing of the house I hadn’t seen before. After going through a series of doors and atriums we arrived in a library of magnificent size. Near the wall I saw a stack of pods and what I now realized was the third Keurig in this home. I was so lost in thought that I almost didn’t notice Rashid handing me my cup of jo. “So, what do you do for work?”

Rashid gave me a weird look in response to my question and then, misjudging where my hand was, spilled the coffee all over my arm. I gasped in pain and he begged my forgiveness, but the moment was gone and I was covered in coffee in my neighbors library.

I never did see Rashid again. There even came a point when I thought the entire thing had been a dream. But something haunts my memory from that night and it’s why I know that it was real. The three Keurigs.

Like, what kind of lifestyle is real Rashid living where he can afford to buy and stock three Keurigs? Is he some kind of mogul? Must be.

Anyways, that’s the story of why I can’t sleep.

This article was written by Nathan Ellwood, who is more of a Coffeemate kind of guy. Follow him for more on Twitter @NPEllwood.