Area Man Swears He Knows This Guy From Something 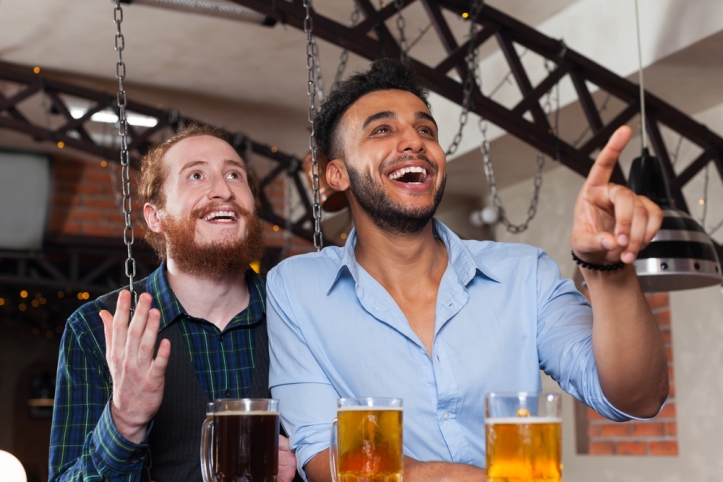 (Rapid City, SD) “Oh man, it’s on the tip of my tongue!” declared Caleb Crowsner, 27, as he tried to remember where he knew this guy from. Caleb was watching the latest show at the bar with his boyfriend Dylan, who he had just started actually referring to as his boyfriend. Needless to say, the two were still in that stage in the relationship where you second guess yourself a lot. Caleb had one of those moments now as he racked his brain for the trivia that he once knew. Caleb found himself thinking, “If I can’t figure out where I know this guy from, will Dylan still like me?” He had to think of where he knew this guy was from, and fast.

“You got this hon,” replied Dylan somewhat absentmindedly. “I’m going to grab another beer, do you want anything?”

“Just get me one of whatever you’re having,” Caleb replied as Dylan made his way to the bar. Then, to himself he mutter “Think Caleb.”

“Let’s see, this is a show on FX so that means he is likely B-level famous. I watch a lot of dramas, so it’s likely been in another one of those type of shows. I recently rewatched Mad Men, so it may have been a minor character from that. No, wait. This character is black and there were no black people on Mad Men. Oh wait, maybe it was the Wire, but that doesn’t necessarily narrow it down. Hmm, maybe it was like when Idris Elba did the Office, you know, like a serious actor doing a comedy. Ugh I feel so close that I can almost taste it, who was that. Oh no, Dylan is on his way back with two old fashions, my favorite. Man, he really does know me. Ok, I’m just going to say the name and hope my gut is correct.” Caleb thought to himself.

“Oh I’m sorry Dylan, I was trying to think of that actor’s name the whole time you were getting those drinks, I think it’s Wendell Pierce.”

“Listen, I like you a lot Caleb, but you spend too much time in your own head. Why don’t you come out here with the rest of us?”

“Just drink this and come dance with me.”

So Caleb and Dylan had a fun night out and nothing could ruin it. Except for 30 seconds later when Caleb realized he was actually thinking of Lance Reddick.

This article was written by Nathan Ellwood who, guess what? is this guy. Follow him for more on Twitter @NPEllwood.