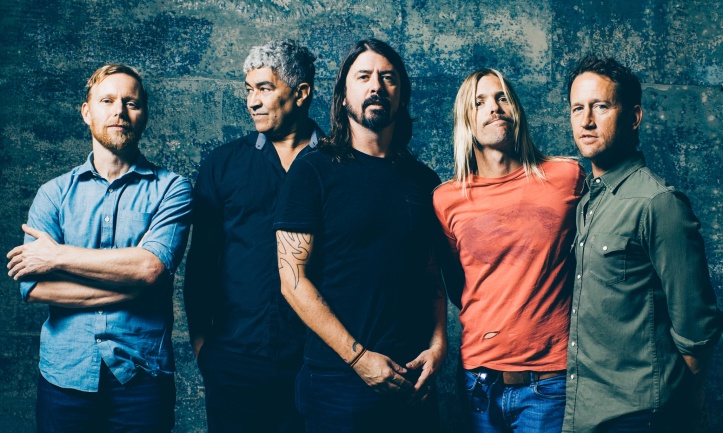 Once Again, Foo Fighters just keep being awesome! The group was spotted dining at a Burger King in Fort Wayne, Indiana. An associate of ours gave us a tip and we knew Grohl & Pals would be there at approximately UTC – 5:00 PM Eastern Time. Two hours from an EPIC three hour show of straight Foo jams.

Dave Grohl (born David Eric Grohl), 49, rose to fame in the early nineties as the backup vocalist and percussionist of Nirvana. He is best known as the “stud” of the band. Thank God for second chances because in his next musical endeavor, Grohl became lead vocalist, lyricist, guitarist, and occasional drummer of his next band Foo Fighters. Lucky for him, once again, he is known as the “stud” of Foo Fighters, not only is he referred to as “stud” but he’s also been called “rock dad,” “songmachine,” “drumman,” “rock’s last savior,” “angry Chris Martin,” and the “Bob Dylan of the 21st century.”

Recently, Grohl informed an associate of ours that he would be dining at a Burger King in Fort Wayne, Indiana. We showed up early and caught the Foo Fighters themselves during their munch set.

Grohl said, “Yeah, I’ve been really craving a Whopper for the last eight days! I like asking for extra ketchup and soaking the buns in it before I put it into my scream-hole.”

Man what a cool guy! He gets his burgers how he wants, when he wants, and where he wants.

Drummer, Taylor Hawkins, also known as “Manimal,” “Blonde Dave,” and “The Luigi of the group,” was eating two boxes of large fries and dipping them into a large pile of mustard he made consisting of 28 mustard packets.

“I need to construct mustard mountain, because if I don’t end up using 20-30 packets of mustard I usually end up with more fries than mustard, and that’s just not cool, man,” Hawkins elaborated.

You said it, Taylor. More fries than mustard?! Gross! Not cool at all!

The rest of the band all drank Sprite while Grohl and Hawkins sipped on Coca-Cola.

Guitarist, Pat Smear, said, “The studs of the group get to drink Coca-Cola and the rest of us drink Sprite. It’s one of those rockstar ego things. We get clear pop and the studs get,” he hesitates, “You know–the good stuff. The brown stuff.”

The other members of Foo Fighters were interviewed as well, but Taylor Hawkins destroyed my audio recorder while air drumming to an impromptu a Capella version of “My Hero” with his mustard covered drumsticks.

I was lucky enough to have e-mailed myself Dave, Taylor, and Pat’s contributions, however the rest of the interview will remain in the ears of the King. The Burger King, that is.

This article was written by Brandon Deleon, who has only seen one side of the moon, just like you.