In the Spotlight: Shopping Malls On the Edge of the Void 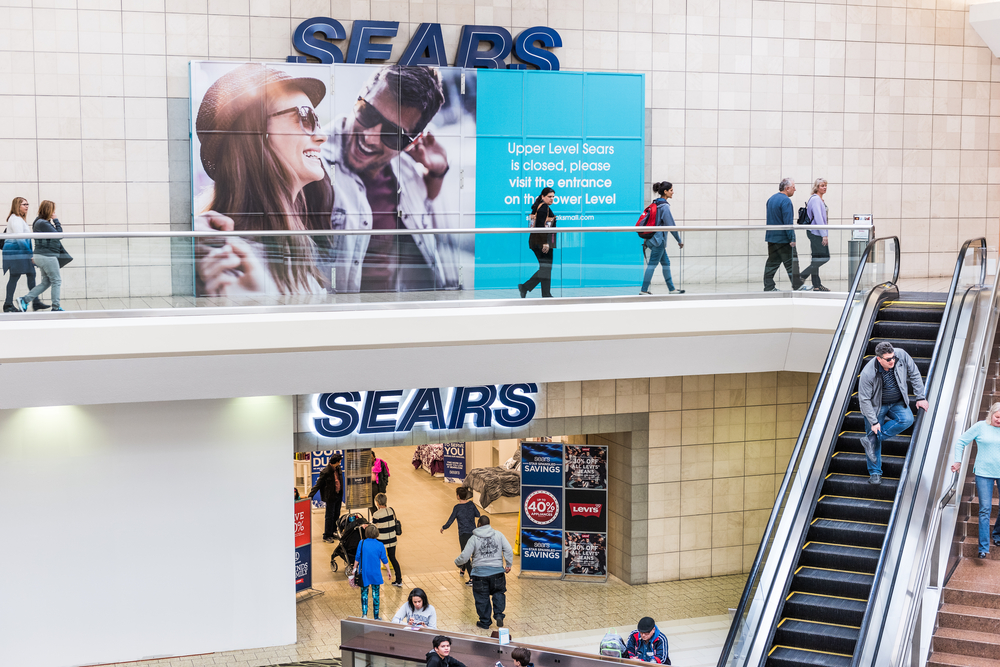 The first stop on our tour of these malls so close to peril, so unaware of their impending doom, was Collin Creek Mall, a notoriously deserted and desolate mall. It was clear the proximity of the Void to this mall by both it’s downtrodden appearance and assortment of customers. Some walked on the ceiling as though it were nothing. Others hid behind the bars of an abandoned Sunglass Hut, trying desperately not to be seen. It was clear that this could not last for much longer. The Void would absorb this somber place soon.

The next place we visited was still closer to reality than Collin Creek, but nonetheless still had its quirks. Big Stompers Mall had originally been opened in the 1980s, and according to the building’s owner Sheila Nguyen, recently it seemed as if they were returning to that time. Literally. “I opened this place myself  back then and I swore to myself that once it got haunted I would get out,” explained Sheila. “Last week I saw a group of men I know all passed away in the 80s that used to walk around this place regularly. They were at it again. I can’t have ghosts here. I have to get out.”

Some handle the news that their location is slowly plummeting into a dark void better than others (Sheila). After Sheila, we visited with Coach Shillers, owner and operator of Duke County Mall. “So you’re telling me weird stuff is going to start happening here as we slip into an indifference, crushing void?” Asked Coach. We told him yes. “Awesome. Hey, if your only piece of property is going to disappear into nothingness, might as well make a few bucks off of it, right?”

The last mall we visited for our Spotlight series was Reagan International Mall on Route 85. We knew that things were bad here the moment we pulled up and discovered that the car had turned into nails. As we approached the main entrance, some came running out of the open maw, screaming “Not again, not again!” Our team continued anyway. It was a mistake. The Void had taken so much more than we had anticipated and it was almost too much. We made it back to report this, but I am not sure how much more can be done.

It is coming, now. It is inevitable, now, I’m afraid.

This has been, In the Spotlight.

This was written by me. You should get it by now. Follow me on Tweeter.