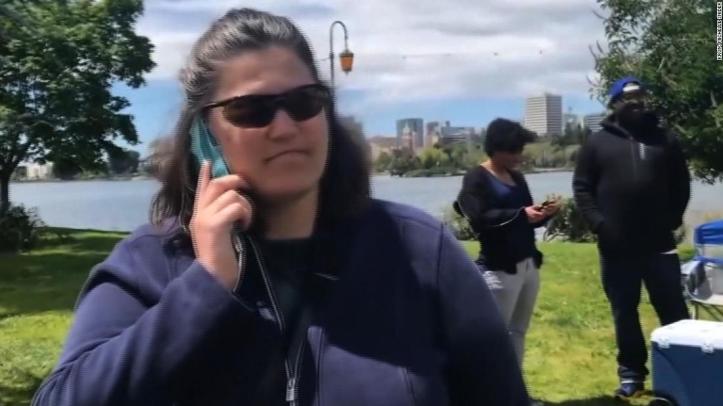 (Harrison, AR) On Monday morning, as most people were simply starting their week, Nancy Sloothville was doing something else that most of us would never imagine. She was standing in the park, talking with her friend Jessica about the latest atrocity at the grocery store, when suddenly she saw something out of the corner of her eye. Something approaching her slowly from behind, always just behind her as if hiding. Thankfully, Nancy had trained for this exact moment. She brought her phone to her mouth and said with utter seriousness, “Google, Call 911.” Little did Sloothville know that she had just called the police on her own shadow.

Yep, that’s right. The 48 year old mother of three had just used government mandated funds to have a police team come out and check on her simply for failing to recognize her own shadow in the hot summer sun. When the two offices arrive, they were also thrown off by Nancy’s shadow and immediately opened fire on it, rendering the grass she was standing next to relatively unfazed. Only upon further inspection did they realized their mistake and go over to speak with Mrs. Sloothville, who was obviously quite disturbed.

“I am so sorry officers,” Nancy began. “It’s just that now with the summer months I always see something out of the corner of my eye and it just gives me the willies. Today, I was too quick to assume the worst of my shadow and I now realize how buffoonish that has made me. I am sorry for wasting your time coming out here.”

“Oh, it was no problem, ma’am,” replied Office One. “If we get a call from your neighborhood, we always show up in a flash. Let us know if you need anything else, even if it is just that pesky shadow.”

“The only good soul is a clean soul,” chanted the three of them in unison.

Clearly something racist is going on here. Or, at least that is what I thought as I observed all of this from the shadow of the Wendy’s sign off route 100. Soon I would better understand these fundamentally flawed people, but for now, I was simply at a loss.

Better luck next time, I supposed.

This article was written by Nathan Ellwood, who doesn’t know who Forkknife is, so please stop asking. Follow him for more on Twitter @NPEllwood.