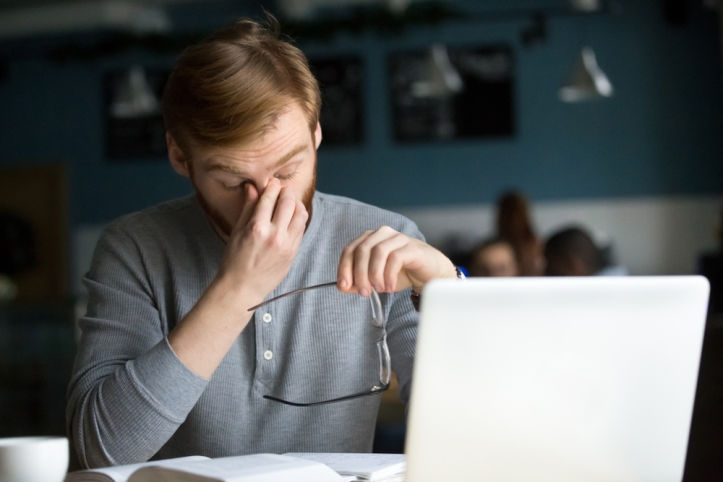 (San Francisco, CA) With new reports coming out every day that almost all Americans are living paycheck to paycheck, we know that it can be stressful to plan out your budget and make ends meet month after month. First there’s rent, then there’s gas, then there’s food, then there’s a bounce house for Todd’s birthday, then there’s all those candles you like to buy, the list goes on and on. No one is more familiar with this than the subject of our report today, Jonah Glass, an area millennial that can’t even afford bootstraps to pull himself up with.

“I went down to REI the other day to look for some new boots and bootstraps to go along with them,” explained Glass. “I keep hearing about other millennials pulling themselves up by their bootstraps by founding a start-up or having a trust find, but I thought it would be appropriate to buy myself some actual bootstraps first. Unfortunately, when I got there, I realized they were a lot more expensive than I had expected and I couldn’t even afford the first step in the process.”

Now, keep in mind that Jonah isn’t exactly struggling. He has a decent job at a mid-level software company with benefits, so that’s covered. Unfortunately, in the few years he has lived in the Bay Area the rent has nearly tripled, meaning that a secure job isn’t enough for further upward mobility. He remains stuck, not investing, not creating assets, not securing his future, but why? Couldn’t he simply work another job on the side to save up for his dreams? Why hasn’t someone given a millennial this exact same advice thousands of times?

I mean, it’s not as if the world is quite literally falling apart or that we are living in a country that grinds the labor out of us until we are nothing but a pasty mush, a crumpled replica of who we once were. No, in the spare moments of the day that are not consumed, we enjoy consuming ourselves. Books, art, movies, the things that make life worth living. Friendships, memories, connection, this is what we would rather spend our time doing. Not yanking ourselves up forever until we reach a place high enough to parachute down until our end. I want to parachute now.

If those of us that were born with bootstraps would only lend them to our friends and neighbors, maybe we would live in a better world that would be built around the actually things that matter and give us a chance at happiness or peace.

Unfortunately, that’s not the world we live in, so get to steppin’.

This was written by Nathan Ellwood, a subsidiary of IBM. Follow him @NPEllwood.