What brought Bonkers to the Lone Star State? He heard we keep it weird. So, the same dang reason we’ve got Arnold Shortman living downtown and The Tasmanian Devil (Taz) calling Hyde Park home. 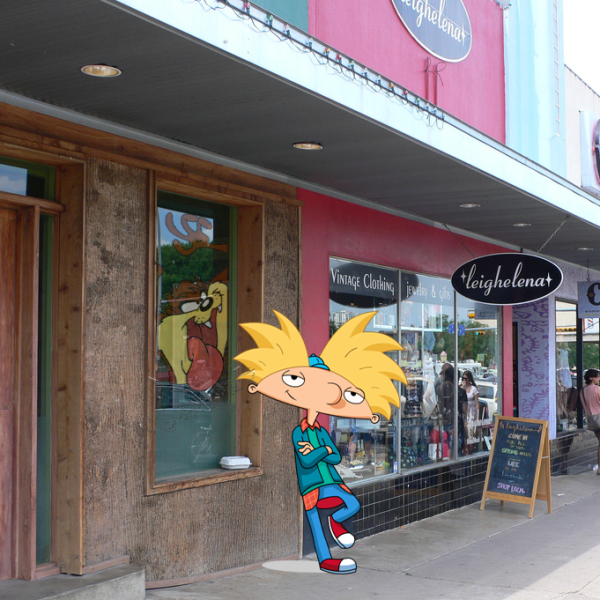 As seen on South Congress — Taz ruining yet another one of Arnold’s otherwise Instagrammable photos. #theactualdevil 🙄

Bonkers D. Bobcat is most well known for his starring role in the animated American television series Bonkers. However short lived his acting career might’ve been, Bonkers assured us that his fan base is stronger than ever. He then reached into his back pocket and pulled out a comically large-sized wallet to share his favorite fan-made portrait. He keeps this close by at all times:

Illustrated by Krovash: “Such a likable character.” This artist also has a real knack for 3-dimensional gun designs (?!).

“The traffic during my commute to work is unbearable (and I’m from LA). I can’t choose between CrossFit studios. Finally, there’s an independent coffee shop for every pay-as-you go scooter. It’s the perfect paradox of choice,” explains Officer Bobcat. Please note that Bonkers D. Bobcat is not a certified police officer. Bonkers did inform our team this quote could only be used if he was referred to as such.

Happy enough with his reasoning, we were left with only one question in mind: Will Bonkers ever return to show business?

“Not gonna lie, I’ve thought about it. Some nights, it haunts me. Usually the same nights I’ve had too many cups of pour-over coffee,” Bonkers paused, looking wistfully toward his gargantuan wallet resting on the table between us.

He continued, “As you may know, Austin’s independent film industry is in full bloom — much like my at-home pour-over. I’ll audition around. See what sticks. In the meantime, I’ll take any recommendations you or your audience may have regarding choice CrossFit studios.”

The word bonkers was only used eleven times in this article.

This article was written by Holly Ratcliff who has an extremely rare live performance of an IRL Bonkers performance on VHS. She graduated from Texas State University in 2016. She has been crafting stories for b-grade characters and forgotten media ever since. Twitter/Instagram: @HollytheHare