Man Waits Patiently in Line at Panel to Ask Less of a Question, More of a Comment 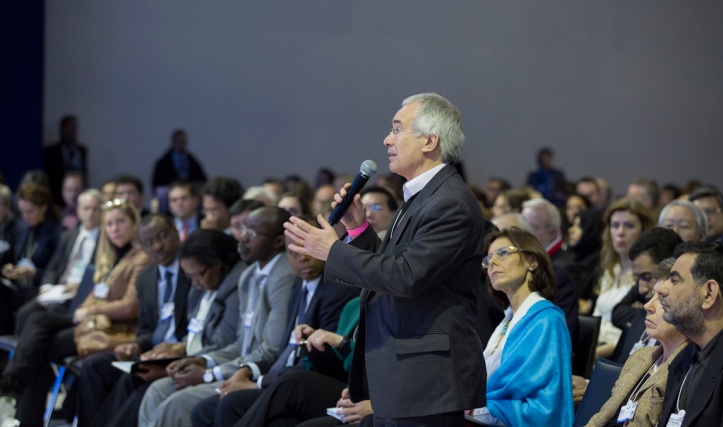 “Hey there, my name is Ricard and I have been waiting in line for like twenty minutes. I came to this conference all the way from Nice, France just to come and be here today, so I believe I am warranted some time to get my thoughts out,” taking his first pause, Ricard adjusts his grip on the microphone and uses his free hand to motion for silence. “Now, this is less of a question, more of a statement, but I think we’ll all agree by the end of it that it was a beneficial use of our time.” We have opted to publish Ricard’s full transcript in order to let you decide whether it was in fact, worth our time.

“So here’s the deal,” Ricard began. “I understand who you are on this panel before me, that you are experts in your fields, and that our companies have all paid hundreds if not thousands of dollars for us to be here. This is an opportunity to learn from your great minds and for that I am thankful that I have had the privilege of attending. But, we need to talk about conferences and panels in general first, so that we can truly appreciate the ability to ask people like you questions like this.”

“Yes,” inserted one of the panelists. “So, what question was that you were hoping to ask?”

“Oh I’ll get to that,” replied Ricard while other members of the audience wondered why he was still holding a live microphone. “But first, like I said, a statement. Conferences are inherently evil in that we that sit up here in our ivory towers and wonder why the rest of the world hates us. And they hate us, make no mistake of that.”

By this point, a couple of members of the security staff had begun to make their way towards the front of the line where Ricard was holding things up. At first he didn’t notice them, but he quickly worked their approach into his monologue. “Ah, I see we have the suppressors of free speech here. If they drag me away, ranting into a microphone, my point will make itself. The choice is yours, pigs.”

Ricard was quickly tasered and dragged from the auditorium, never to be seen again. Some say he is still haunting conference halls to this day, delaying things with his worthless plattering. Our hope is that you will never know his haunting droning and his excessive metaphors. Godspeed, dear readers. Godspeed.

This was written by Nathan Ellwood, who would never lead a horse to a well, actually. Follow him @NPEllwood.