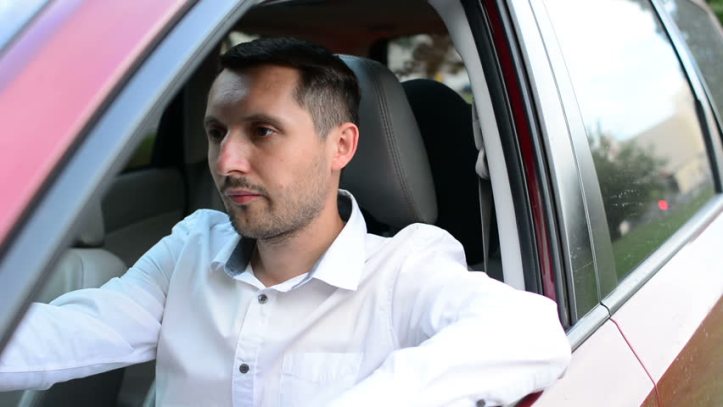 (Portland, ME) Kevin Longhew is a simple man, something he says to himself in the mirror at least twice a day. He enjoys walks on the beach late at night and never is caught without a quick joke and a smart wit. People like Kevin because he helps them feel good about themselves and hardly ever asks for anything in return. According to his journal, Kevin believes that there is no better display of how enjoyable a simple life can be than how much he enjoys a long drive with a slappin’ playlist. As long as good tunes are on, Kevin is in for the long haul. Unfortunately, yesterday Longhew forgot his aux cord and had to spent 5 minutes alone with his thoughts.

Now, as someone who has a pretty much ongoing internal dialogue happening in his brain, 5 minutes alone with yourself doesn’t sound too bad. However, Kevin had not had this much time to think about his life in almost 16 months and he realized that he had almost forgotten how to do it. “Uh,” his dumb brain began. “Long time.” He then thought. To himself.

Let me tell you folks, it doesn’t get better from here.

The next thought to squeak out was equally bad, but also something of a lateral move. “Mmm, traffic doesn’t seem too bad today. Man, I wish I could be listening to a podcast or something right now. I guess I should think about what I want to do for lunch later. Let’s see, I had a burrito for dinner last night and a breakfast taco for brunch, so I probably should get like a soup or something. Or maybe I’ll just get a toquito from the bodega, that sounds easier. Oh god, how long has it been? 30 seconds, shit.”

Next, rather than thinking, Kevin began to fiddle with the different controls on his dashboard. He turned the AC on and off, he cleaned his windshield, he even thought about turning on his radio, but then he realize he would rather just live with himself than suffer that nonsense. He began to think again. “Has that parking garage been there this whole time? I should climb it sometime. I love a good climb. What if I climbed every parking garage in the city? Would that be crazy? Wait, who am I talking to? God, I need my tunes!”

With this, Kevin pulled over immediately, went into the nearest Al Greens and bought himself a new aux cord. He literally couldn’t take it any longer.

This was written, penned, by Nathan Ellwood who would like to shout out some stars real quick, but they won’t read this for millions of years so I’ll just fix it in post. Follow him @NPEllwood.