Just In: The Frogs Know What You Did 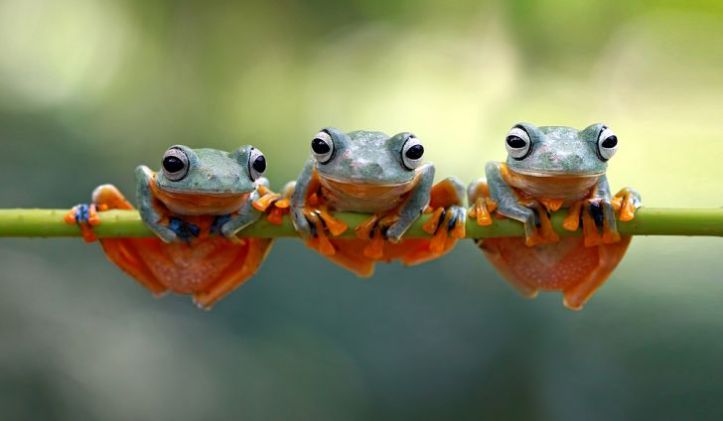 The following is a special news bulletin. We have just received word that, according to reputable sources and our friends in the forest, the frogs know what you did. We don’t exactly know how, we don’t know why, and we don’t even know the thing that you did ourselves, all we know is that the frogs know. What you will do with this information is up to you and we wish you the best in your future pursuits. However, we would be remiss if we didn’t give you a word of warning in regards to what the frogs have done before when it comes to secrets.

You see, many years ago, the frogs knew what I did. I don’t want to get too far into the details, as the scars are still relatively fresh, but let’s just say it involved a bog and the body of a former Celtic prince. I was so careful with my plans, meticulous down to the last detail, but still the frogs found out. Now, in my situation, they were far less straightforward than they are being with you. I didn’t know that they know for months, but I wish I had.

I didn’t find out until one day I was walking through the marshlands near my house when I heard a faint whisper coming from a close by. I looked around in surprise, but could only see a few lily pads floating listlessly in the water. It wasn’t until I saw the lily pad raise slightly that I noticed the frogs sitting underneath it. “Hey,” they quietly spake to me. “We saw what you did.”

“I’m sorry,” I started, completely caught off guard. “Are you a talking frog?”

“Yes, but you won’t ever tell anyone because obviously they wouldn’t believe you. Now listen up, we don’t have much time. We know your crimes, your deepest, darkest fears. This information will continue to haunt you until the knowledge is made public. Even if you think that you can just shrug this off, you will never be able to get rid of the lurking feeling that a frog is always watching you in silent judgement. This will eat you up inside until one day, you will return to the frogs, one way or the other. This has been a warning.”

Turns out, they were right. I had to tell the world what I had done. Thankfully, statutes of limitations are not something frogs comprehend, so the consequences weren’t that bad. Even still, they were right. The guilt would have eaten me alive.

So this is me telling you, no matter how bad the thing you did is, you had better step up and tell the world about it before the frogs get to you. I certainly wish I had, it would have saved me a lot of sleepless nights.

This was written by Nathan Ellwood, who once ate frog legs and hopes that God will forgive him for that. Follow him wherever you get your podcasts.