Kid Who Ate Bugs in Middle School a Cop Now 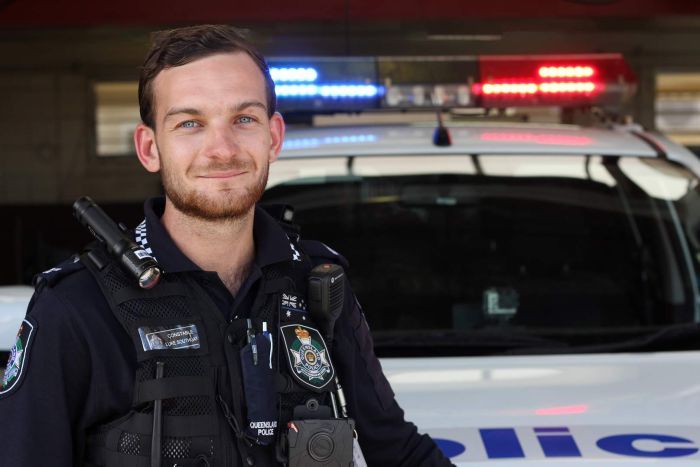 Do you remember that kid from middle school? You know the one. He used to take time during recess to dig around in the dirt, looking for worms and bugs to sell. But then no one wanted to buy his bugs or worms, so he had to start getting creative. Remember? He would eat the bugs until we gave him money. I think his name was Kent? Well, as Kurt Vonnegut once said, “True terror is to wake up one morning and discover that your high school class is running the country.” And guess what? The same Kent who ate bugs in middle school is now tasked with protecting and serving and I am horrified.

Maybe this is old news to y’all, but my mind is blown justttt a bit by this new information. I mean, what happens if I get pulled over for speeding and the officer that walks up to my window is freakin’ Kent from middle school. Am I supposed to just ignore that fact in order to stay neutral with the law or should I lean into it and just roast him for the bug incident, hoping he’ll piss off? I don’t want to think about this, I’ve got other stuff to be thinking about.

I reached out to a couple of old classmates on Facebook to see if they had heard about Kent’s recent career choice. Some people told me that the news didn’t surprise them, while others told me to respect the troops and mind my own business about who is or isn’t a cop. Most people, however, were just as surprised as I was and told me to tell him he better not be a dick about it. I told them I would if I ever saw him, but then we both immediately forgot we were going to do that.

Finally, the last person I spoke with, Meredith Seymour, told me that she had recently had a fling with Kent and learned some pressing details she didn’t mind sharing as they had recently split things off. Apparently, Kent is under the impression that what he is doing is “necessary” and that he finally feels “respect from people around him.” She then said that it was probably only because he carries a gun around and that no one would actually respect him without it.

Honestly, I wish him the best and hope that wherever he goes, no matter his profession, people never forget he ate those bugs.

Hey, what’s the best way to get to the airport? A cab.