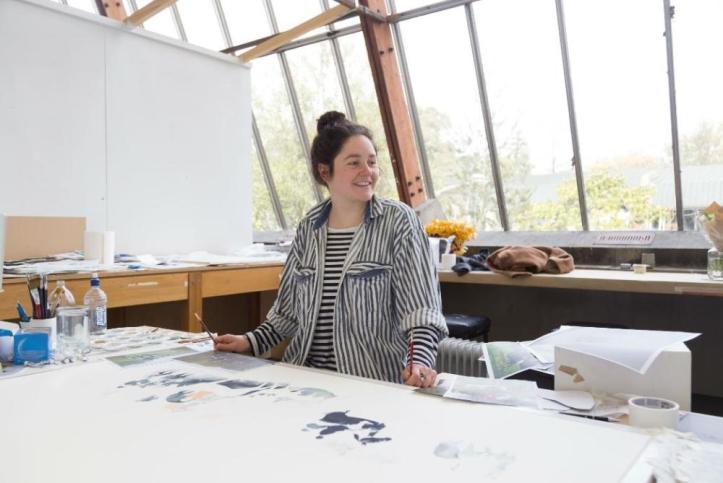 (Ocean City, MD) All my life, I have wanted to be just a normal girl. I wanted to have sleepovers with friends, eat peanut butter & jelly sandwiches, and play Soccer or something like that. Instead, I grew up to be an Art Girl. I should have known I was different when everyone was listening to Britney Spears and I could only find Gregorian Monk Chants on cassette. I probably should have figured it out when I began to paint with my own period blood while sleepwalking at the young age of 15. Now, I’m in art school and beginning to realize that maybe it wasn’t just art that made me this way. Maybe it was something more mystical.

A little bit of background on me. I am currently an art student at a small university on the coast. I am fairly normal as far as millennials are concerned. I have a small group of friends who hang out and paint and shit. And, here’s the kicker, I truly believe that I am a sorceress.

So, the first time this thought popped into my head, I was in my sculpture studio and I was working with some post-structuralist content when the first sparks began to ignite. I had collected hair from friend’s haircuts for month in preparation of this project, so when the time came, I was ready. Only, when I began to burn the hair over the wax paper I would late use to paint my self portrait, I felt a change in the wind.

My hair began to stand on end as the sparks of the fire flew around me like fireflies in the night. I hovered a few feet off of the ground and began to float above my peers, as confused as they are. It wasn’t until the hair had fully burned out that I fell down to the ground in a heap. As my classmates gathered around me and asked what the hell was going on, I couldn’t answer. I was struck by the shock that I had unlocked something so essential and so terrifying about myself.

As the semester went on, my powers and skills increased and I felt like I was beginning to fully understand my purpose in the world. I can’t tell you much more yet, as no one can fully comprehend their destiny, but look for my name in the news. You’ll be seeing it quite often.

This was written by Nathan Ellwood who is just tired, to be honest. Follow @NPEllwood.