Equality Win! This CEO Exploits Her Workers Just as Much as Her Male Counterparts 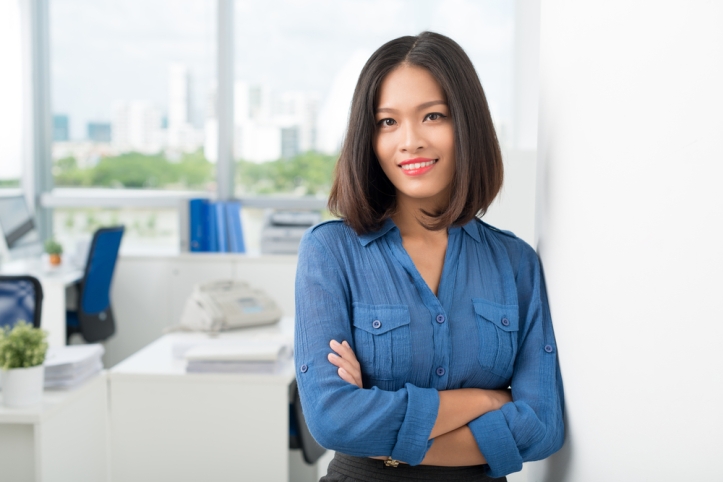 Today we would like to introduce you to Annalise Lopez, someone we are sure you are already aware of if you follow the regional chamber of commerce on Instagram like we do. Annalise is something of an anomaly in the business world, but not because she is a woman. Actually, we’ll just let her tell you. “That’s right, I’m the CEO. I make the decisions. I enforce the rules of the office. I run this place, short and simple. And, unlike some other women in the field, I have no problem with exploiting our workers in the name of the shareholder.”

In this profile, we hope to shine light on two different areas. First, will be the tremendous strides that Annalise has made for women in the field of business. This is a fact and cannot be argued, though we may try. However, the second area of interest we will be diving deeper into is that of Ms. Lopez as a ruthless, villain of a boss. She pulls zero punches and we feel as if this story might only be scratching the surface.

But first, her accomplishments for equality and more importantly, women everywhere. Again, we’ll let Annalise run you down the list. “Let’s see, there’s the Forbes 30 under 30, the Entrepreneur.com “Best Business-er,” the Tech Crunch Top C-Level, the Crunchbomb Cup, the Best Of Magazine’s Hot 40, the list goes on and on. But honestly, the award I’m most proud of, is my Emmy for best writing on Suits.” I mean, impressive, right?

That’s what we thought before we actually investigated this piece. When my editor gave me this, he told me it would be a puff piece to spur up some ‘good feeling’ and ‘female power armor.’ He tries his best. Little did I know that after a few simple interviews with Lopez’s staff that I would see her in a much different light.

The first person I spoke with was Judy, a salesperson and recent college graduate who has been working for Annalise for a little under a year. “At first, I was super excited to have a female CEO. I mean, how cool is that? And at my first company no less? It was a dream come true. But then,” Judy said with a pause. “But then, things got, uh, worse. I don’t want to get too into it, I mean I know this is recognizing her for her work, but let’s just say I haven’t had a weekend in 10 months.”

After escorting Judy to the nearest designated cry area, we proceeded with our interviews. Staff member after staff member told us some of the most bananas stories about their boss, stuff we could hardly believe. One senior administrator even told us that they once left her office with multiple staples in their arm. How could this same person inspire so many while tearing down those who she relies on?

When we asked Annalise about these interviews the next day, the tone of the interview immediately shifted and we could instantly tell that her defenses were up. Any progress we might have made fluffing her up the day before had been replaced by determined, calculated deflection. We got what we needed from her and she was courteous in a cold way, but we knew that this wasn’t going to be the piece we thought it would be.

If you’re reading this Annalise, maybe consider treating your employees with respect next time if you don’t want this type of thing out in the open. We only hope that the public will bring her to justice.

*Update: Nothing happened and Annalise got a raise.

This was written, penned, inked.