Help Wanted: Can Someone Tell Me Why My Face is Blurry in This Photo? 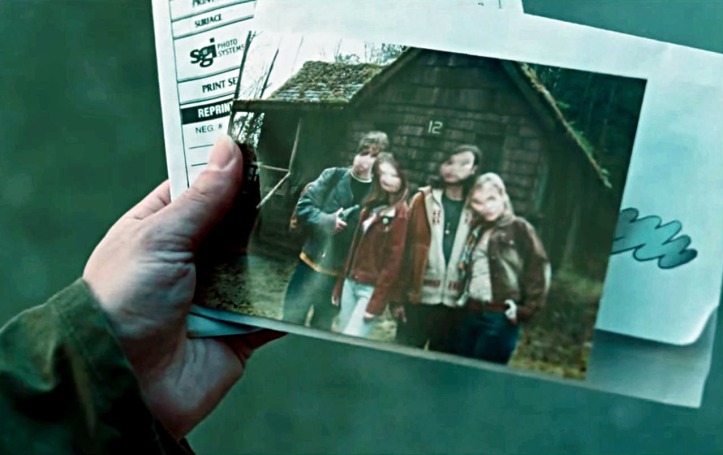 Hey everyone, thanks for checking out my help wanted ad. I’m not really sure where to start, but basically I just got home from a camping trip with some friends and was really excited to get the pictures developed so that I could send them out to the group. We don’t get to see each other very often, so I wanted to make sure that each of them would have copies to show their friends and family. With this in mind, right after I got home, I took the film to a local CVS and had them developed. But now when I look at them, just a few days later, our faces are blurred in every picture. Does anyone know why this is happening?

OK, maybe I’m not giving you all the information you need. Let me start from the beginning.

It all began when Katie had the big idea that the four of us should rent a cabin in the woods. As a fan of all things spooky, this sounded like an excellent idea. Plus, it would give us some time to hang out just the four of us, something we hadn’t done in years due to our busy schedules. After some initial planning, we settled on Shelter Mountain since they provide cabins and none of us know how to set up a tent.

At first, everything was serene and beautiful. When we first arrived, we were captivated by the birds singing, the frogs croaking, and the singular red tree on the horizon. The mountain was living up to its name in all the best ways, as it truly felt like a shelter from the outside world.

And then we found that video tape. We had spent all day outside and had a wonderful meal for our first night at the cabin, so of course we wanted to just watch something and veg for the rest of the night. Darren picked out an old VHS with no markings on it, hoping it would be an interesting home video or forgotten copy of Evil Dead. But right away I knew something was wrong.

Ghastly images flashed on the screen. Images of a lighthouse, an old woman looking at a mirror, flesh and blood in black and white. It was horrible. And then, that well.

It gives me the shivers even now just thinking of it. But it didn’t stop there.

The moment the video finished, a phone we had no idea was even plugged in began to ring. After some searching to find the landline, Katie picked it up. The moment after she said ‘Hello?’ her face fell and turned the color of ash.

‘Who was it?’ we asked, but she didn’t know. She could hardly speak for an hour and most of us forgot about it as we dozed off. Only now that I look at these developed pictures do I realize that something more might be happening.

Anyways, if you know what’s happening, please let me know. It’s been about a week since the trip and I still haven’t been able to send these photos to my friends. I just hope we can get this solved so I ca-