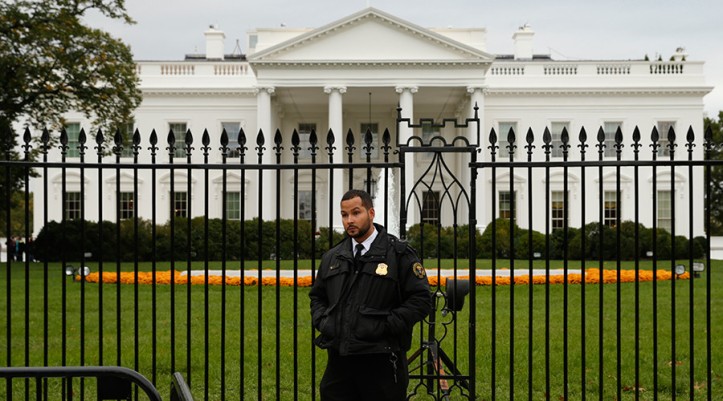 (Washington D.C.) As we come up on the month anniversary of the new Trump administration, the White House and its full house of Republicans are ready to celebrate a month of executive orders aimed at non-white males and some seriously fun office pranks, like the one where reputable journalists are kept out of media briefings.

In order to celebrate this month of larger-than-life inauguration crowds, highly successful press junkets, and nothing but universal approval, President Trump has announced a new competition to replace the Republican buzz-term “hit job.” You may recognize this phrase from the likes of mafia movies, Fox News, Trump’s cronies, or Trump himself, who prefers to escalate the phrase to “total media hot job,” which encompasses the wholeness of such jobs.

“This decision comes after Trump tweeted on Tuesday that “the media is going crazy with their conspiracy theories and blind hatred. The guys at Fox News are the only ones who are nice to me! And I love em for it, don’t get me wrong. But others should too!”

In a press statement given on Wednesday, Kellyanne Conway further explained POTUS’s comments: “With the constant bombardment of hit jobs executed at the hands of the media on our administration, we feel like it’s time to shake up the terms we use when describing these assaults. We no longer feel like people care about what the media are saying about us, which is what you saw happen with the Bowling Green Massacre. People didn’t care. They treated it like it didn’t happen, but I was there. I saw what happened that day.”

The competition is meant to be fun, Sean Spicer noted, but qualified: “If we feel in any way that you are making fun of us, we will put you on a naughty list that currently includes SNL, Nordstrom, New York Times, Meryl Streep, all judges in every court in America, and other meanies. Don’t test us!”

When asked what happens to someone on the so-called “Naughty list,” Spicer, by way of an answer, put on a full Santa suit and began violently shoving Girl Scout cookies into his mouth, never breaking eye contact with the CNN reporter.

The official White House website included the following contest rules in fine print: “Any submissions without at least one exclamation point, all-caps word, or liberal use of ‘very’ will not be considered. Anyone caught using Radiohead lyrics will be detained at a Three Doors Down concert indefinitely. You’ve been warned. Now let’s have some fun!”

The winner of the competition will win a high level staff position in the White House, which Trump is “seriously not kidding” about. Should the winning contestant be blocked by Democrat senators who feel the person is not qualified for a job because they are chosen without qualification, the contestant will be allowed to use their winning term to describe said “hit job.” Some suggestions are provided below:

Follow us on Twitter at @EritasDaily to participate in our poll for which new phrase you want our politicians using. Feel free to directly contact Republican senators with your suggestions, so that they know how to describe situations they don’t agree with. Nothing like seeing democracy in action for something completely meaningless!

This article was written by Ben Taylor, who had several hit jobs fall through after miscommunication with the assassin. Follow him on Twitter for more: @therealbenshady