The Legend of a Horse Named Rex Washington 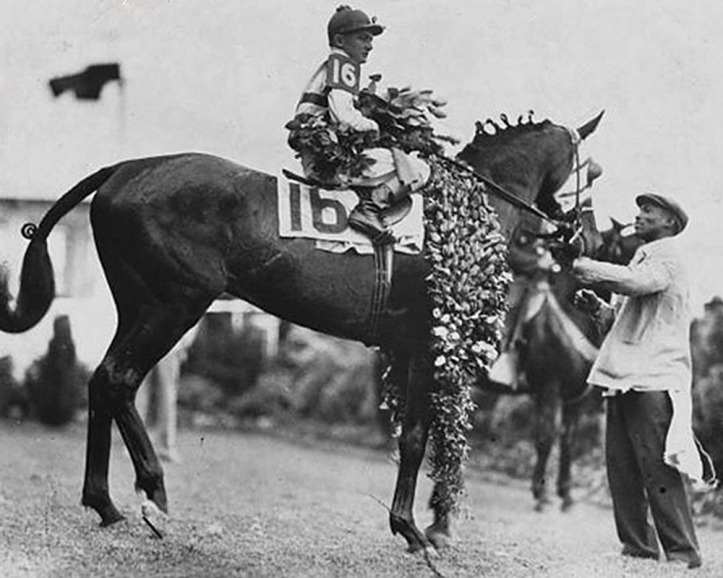 The 1925 Kentucky Derby, commonly referred to as the year of Mr. Monopoly– named after the man who miraculously rescued 10 amputee horses from a grain silo–, is unparalleled to any Derby to date. Twenty horses arrived on Friday, June 13 1925 for the nineteenth annual horse race, and the gamblers positioned themselves nervously in the stands.

Henry Ford had recently invented the Model T; thus, horses were losing their allure. The Model T had everything a horse had except teeth. It is unknown if the horses were aware of their current economically compromising situation. One would also have to consider the subconscious of a horse, and if horses have moral and economic understanding, which although a relevant question to this article, is not important enough to unfold at this point. Regardless, something was in the air. As Quincy, the fourteen-year-old albino child of Dexter Dr.Pepper™, reached to release the hatch which would allow the roaming horses into their appropriate stables, Rexly Bishop (Rex Washington’s only real competition) grew violent and rammed young Quincy into the wide double doors. The doors flew open; thus, the horses were free to exit.

Unfortunately, Quincy’s fashionable yet casual burgundy corduroy overalls which he was notorious for fashioning caught on an old hook that was existing to hang horse feed (Obnoxious, but the Kentucky Derby class of horses is not accustomed to eating feed off of the ground like the common horse). Quincy was stuck and could not warn the audience that the horses were the very thing they were bred and perfectly designed to be: free.

The horses ran free with fire in their eyes and seeming hatred in their hearts. As audience members fled to escape the grounds, the once Ringling Bros™ ringmaster turned Kentucky Derby Head Orchestrator, Maxtin Dosser, ordered all entrances and exits be blocked. This was Dosser’s first year in charge of the big Derby and he could not have the following read in the headlines: Dosser’s Disastrous, Disorderly, Dysfunctional Day of Horse Doom. Dosser straightened his Dockers and massaged the felt pocket square in his pocket. If he could fight a bear wearing a leotard with one hand, then damnit, he could fight these horses.

Dosser spotted Tina Motley, the first female horse to compete in the once male dominated Derby, and sprinted toward her. Dosser built a good rapport with Tina during a training camp he ran during the summer of ’23 titled The Finishing School for Young Horses and Horsehers. This was the first training camp that young female horses were allowed to participate in; thus, Tina owed a great deal to Dosser. Dosser ran quickly toward her and jumped on her back. Tina allowed him to lead.

Dosser looked anxiously for items to corral the wild horses with. Meanwhile, Rexly Bishop was leading the fleet of horses into a chaotic sea of crying debutants, wealthy american money, and American icons. Dosser spotted Earnest Stooge. Before what are known today as The Three Stooges who rose to fame in the late 1940s, they were simply wealthy oil money boys from Upstate New York. Except, what is commonly overlooked in today’s America, there was once a fourth stooge–that is until The Kentucky Derby in 1925. The fourth stooge, Earnest, and his brother Bingham were twins, and while in the womb, Bingham accidentally (although debatable) partly consumed Earnest’s fetus. A situation which created great hostility and turmoil between the stooges–something often documented when studying the dark past of the Stooge empire. Dosser saw the nimble, weak, half-bodied Earnest sitting on Bingham’s shoulder and knew what he must do to save the Derby.

Dosser charged Tina Motley toward Earnest and grasped his pathetic neck. Earnest was ripped off of his brother Bingham’s shoulder, his gown ripping of off his sad body in the process. Dosser charged Tina toward Rexly Bishop with Earnest Stooge in hand. He threw Earnest’s body toward Rexly and BOOM! Rexly, who had been violently and fiercely urinating on innocent children in the audience hit the floor. Unfortunately, Earnest, along with Rexly, were pronounced dead at the scene.

With the evIl Rexly taken down, the horses began to calm. And with a generous donation from McDonald’s™ Eat Fresh™ in exchange for the backing of horse flesh in their product, The Derby was re-hosted the following month with Rex Washington coming in first. Thus, the ever infamous tale of the original hosting of the 1925 Kentucky Derby and the legend of Rex Washington. .

This article was written by Kelsey Hatfield, who would have been a jockey herself if it weren’t for that darn banana peel.