From the Archives: Civil War Doctor Cuts Off Patient’s Arm Without Considering Any Other Options 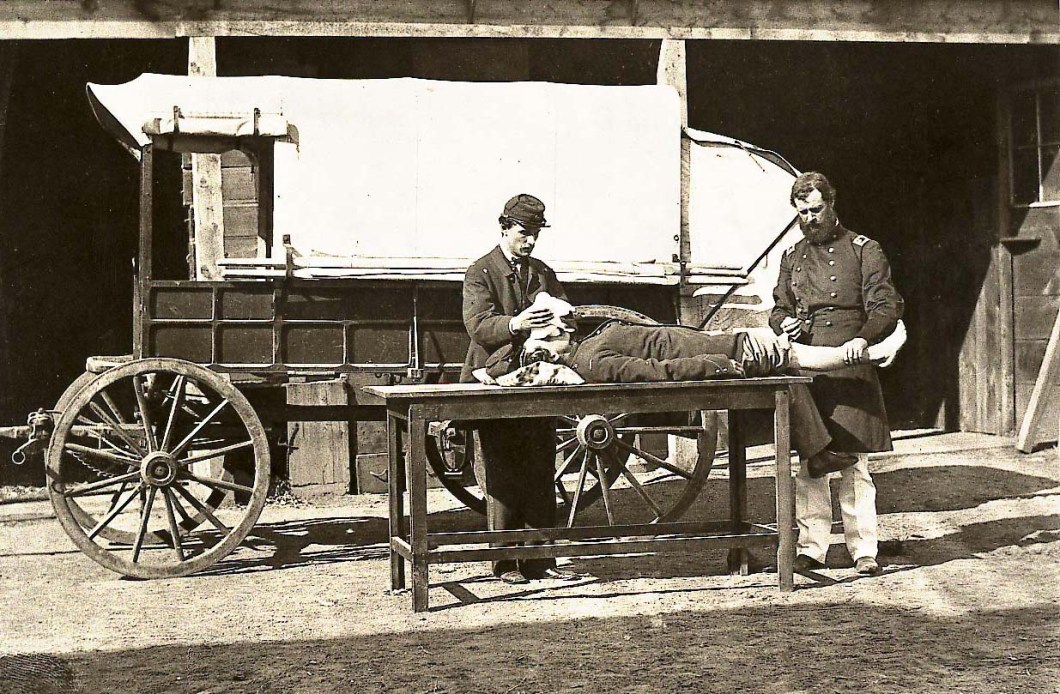 (Gettysburg, PA) It was early in the day and the sun had barely risen. A rooster was crowing and blood was literally everywhere. It was bleak to say the least. In a nearby encampment we find Dr. Charles Guggenheim, once a prominent swamp doctor from Savannah, now serving for the Union Army out of some sort of ‘moral obligation.’ Although the day is young, Charles has already seen more deaths than any of us will in a lifetime. He is feeling the toll as he walks up to his next patient and hardly hears the nurse when she says he has a fever. Without considering any other options, Dr. Guggenheim puts a cork in his mouth and amputates his right arm.

“Um, sir?” the nurse called to him as he walked away, simultaneously cleaning the now gushing wound. “Sir? He only has a fever, I think he’s getting over the flu. Why did you amputate his arm?”

“I don’t have time for your questions, Deidra. I have other patients to attend to.” With this, the semi-lucid doctor waltzed off in the direction of another tent. We decided to follow him to see what he got up next and were not disappointed as he immediately stumbled over the root of a tree and fell into a tent, collapsing it on himself and two bedridden patients.

Dusting himself off and dislodging himself from the fallen tent, Charlies Guggenheim didn’t even notice the wounded men he had essentially doomed to death with his blunder. The world was his oyster and he was going to fart all over it as he saw fit. He continued to do this by making his way right out into an open field to take a whiz and enjoy some peace and serenity before another afternoon of amputations.

Just then a cannonball came blitzing through the forest and put a hole right through him. While lying in the grass, seeing his life flash before his eyes, the good doctor thought of a simpler time when he was just a young boy on the prairie, enjoying his life. Now, he was dying in a ditch and ironically, the only person who could save him was the soul currently inhabiting his exploded body. “What a life,” he thought to himself, drawing a saw from his tool belt. “Going to end it doing what I loved most: sawing off arms.”

With that, he let loose and died sawing like an absolute champ.

Thank you for tuning into this edition of From the Archives. Tune in again soon!

This was written by Nathan Ellwood, who was alive back then, just in a different form. Follow him @NPEllwood.