From the Archives: C. S. Lewis Uses Search-and-Replace to Switch ‘Jesus’ for ‘Aslan’ 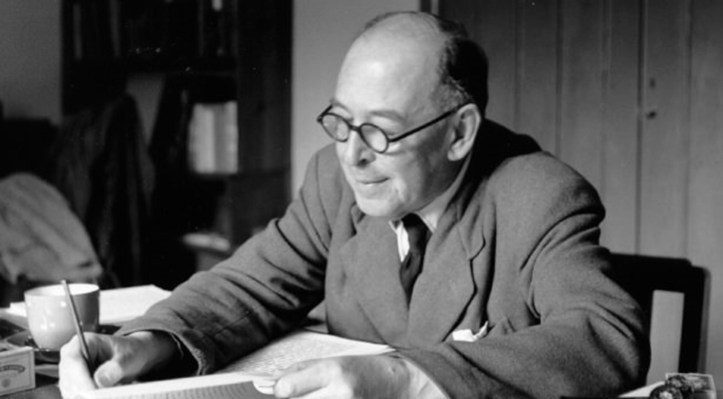 The following article is going to be a real treat for you avid Eritas Daily readers. Recently, with our 500 year anniversary and all, we have been digging around in the archives for some of our stand-out pieces throughout the years. This one comes all the way from back in 1950 when C. S. Lewis released the first novel in his titular series, The Chronicles of Narnia. In our typical way, we gave it to him straight. So, please enjoy this blast from the past, C. S. Lewis Uses Search-and-Replace to Switch ‘Jesus’ for ‘Aslan.’

Sitting alone in his office in Oxford, England, we find the famed author Charles Staples Lewis in his office hunched over a typewriter. At this time, he is still composing The Lion, The Witch, and The Wardrobe. As we take a look over his shoulder, we see that he is making the final edits on the book. What exactly is he doing? He’s search-and-replacing the word ‘Jesus’ and changing it to the word ‘Aslan.’

Now, obviously we don’t mean he’s literally search-and-replacing, like he’s got a word processor or something. This is still the past. Instead, he is using white out and a pen like a real master of literature. Such a master in fact, that to really get into writing the series, he had simply used the allegory he was using straight up by writing Jesus’s name every time. It wasn’t until he had finished the first book that he even came up with the name Aslan.

Unfortunately, while C. S. was not nearly as old as he would one day be, he was starting to get there, and thus missed a single ‘Jesu’ in the first printing. Soon, this will likely be a collectors item, but there is already word that the joint Tolkein-Lewis estate is trying to eradicate all copies to avoid people thinking that Aslan is based on anyone and nothing but the original character of an all-knowing lion who dies for three days, only to return and save the day.

However, as journalists and beings of the people, we feel it is our duty to report this. Years in the future, people will look back on this day as time when the truth won out. We will prevail!

And now, Netflix is making a show about that very same series. How time changes and shows us our true form.

This article was written by Nathan Smellwood, that’s right you heard me. Follow him @NPEllwood.