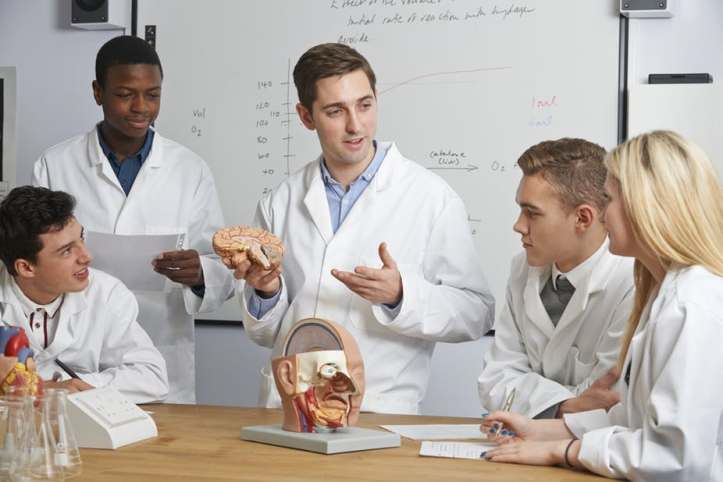 The first and most important thing you need to know about me is that when I watch a movie, I suspend my disbelief entirely. Nothing is out of the realm of possibility when it comes to movies and that’s why I love them. My favorite movies are ones that start normal and then push the limits of what you think is possible. Like Interstellar or Arrival or Annihilation. The shear contrast shown from the beginning to the end of the film is a delight and it gets me every time. However, my favorite thing that happens in movies is when scientists happen to explain something that will later become relevant to the plot.

Listen, if you don’t know what I am talking about, let me explain. You see, writers are inherently lazy people that can get away with a lot just by being able to write well. We don’t like to tell a lot of people this, but it is true.

So, when someone is writing a movie and their main character is a professor or a scientist or an expert in any field, they need to show them doing their job at the beginning to establish this as part of their character. Then, they, as someone who doesn’t know much about the field this person is talking about, create a speech they can give that will later become relevant to the plot. Some call this ‘foreshadowing,’ but I like to think of it as just a little treat for the viewers who want to call themselves ‘film people.’

But, for me, as someone who is always buying into everything the director wants me to believe, I like to believe that it is actually just a coincidence within the universe the movie is creating. For instance, in Jurassic Park when Dr. Grant just completely owns that kid about velociraptors at the beginning of the movie and then later there are actual velociraptors chasing him. Classic coincidence in a universe where dinosaurs exist.

So, my challenge to you as you go explore new films and listen to more movie scientists explain stuff that’s going to make a whole lot more sense later in the movie is to just lean into it. Pretend that they actually don’t know that their life is so narrowly defined for our entertainment and really embrace the chaos of their world. It will seriously make your movie-going experience so much better. Trust me, the scientist explaining this to you now so that it can become relevant to your plot later.

This was written by Nathan Ellwood who hopes he can befriend his looper when he eventually comes back from the future to kill me. Follow him @NPEllwood.