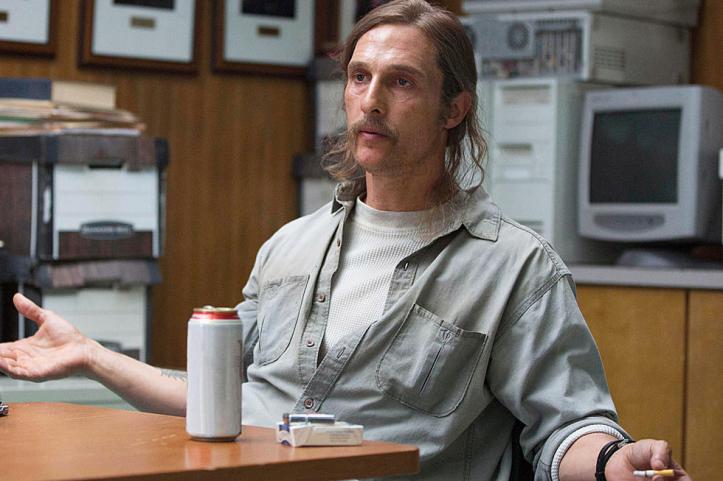 “Why not have fun with it?” smirks McConaughey at an impromptu press conference by the N. Lamar Whole Foods. “Alright alright, tough crowd. But whose going to be laughing when I become the best teacher this city, nay, country has ever seen? I will. Me.” With that, the legendary actor of both film and television walked into the health foods store, bought a single almond, and left to go walk by the river in his bare feet. What exactly was he talking about? Well, earlier this week it was announced that McConaughey would be taking up a permanent role in the faculty of the RTF program at the University of Texas here in Austin. Now, the Texas native is announcing he will teach every class as a different iconic character from his illustrious career.

We caught up with a few UT students we found milling about to see what they had to say about the potential of having Professor McConaughey next semester and which characters they would most like to see him portray while teaching. Per usual, they did not disappoint.

Chester, 19. Ooh ooh, I know. I would love for him to just come into class as his character from The Wedding Planner. I mean, talk about hot, am I right? I would not be able to pay attention in that class, but it would be worth it.

Hepburn, 23. In my dream scenario, old dusty Rust Cohle walks into the room and heads straight for the whiteboard. He then proceeds to draw a perfect circle in black marker before pulling a cigarette out of his jeans. He lights the cigarette, takes a huge draw, and announces to the room full of anxious students “Time is a flat circle y’all.” The room erupts with applause and everyone knows, deep down in their hearts, that everything is going to be alright.

Benji, 20. There is a part of me that just wants to seem him go full Cooper from Interstellar. Just, the way he took out Matt Damon like that was truly inspiring. What a film.

Melissa, 18. I’ve never actually seen Dallas Buyers Club, but in my mind he is just always in that kind of attire, wearing like a denim suit and a cowboy hat or something. Obviously those of us from Texas would know he is playing it up, but considering that people like Lil Nas X think of that character when they think cowboy tells you enough. He would absolutely destroy it at teaching. Yes, teaching, that’s what we are talking about.

Junette, 19. My first crush was Palmer from Contact, so I’m not sure what I would do if he showed up looking like he did back in 97. Oowee. Although in fairness I was likely equally attracted to Jodie Foster in that one, so who knows what the source truly was.

Shadeep, 21. I feel like everyone knows him from Dazed and Confused, right? I’m pretty sure if he walked into that classroom and simple did his “alright, alright, alright” thing, the school would never have to worry about money again. America would pour its resources into this university like never before. You know, that might actually be worth it. Just make sure someone gets a good video of it for maximum virality.

Whatever he ends up doing, we hope that McConaughey feels welcome on UT campus and we will promise not to fangirl too much.

This was penned by a man on the verge of having a weekend. Follow him down the crooked path.