Report: A Floating Cube Has Appeared Outside of Town 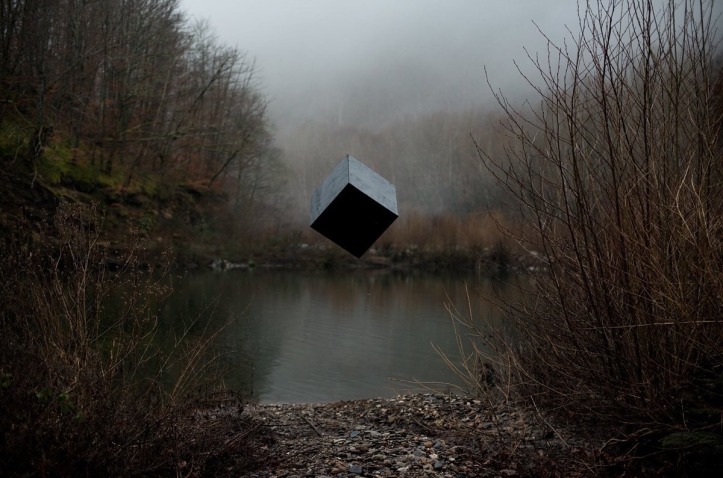 (Boggy Creek, TX) Don’t be afraid and please, for the love of all that is good, don’t worry. Just whatever you do, don’t worry. Now, with that said, let’s get into the report. There is a floating cube that has been spotted on the edge of town, floating ominously over a nearby unnamed pond. According to a couple out jogging who were witnesses to the event, the cube appeared seemingly out of thin air. “One second there was nothing, and then suddenly it was just there. It cast no shadow, it made no sound, it was simply there. I tried to throw a rock at it, but my aim is terrible, so there it floated, taunting me. I haven’t been able to get it out of my head ever since.”

That was this morning. Over the last several hours, people from all over have been gathering around to admire, stare, investigate, attack, and worship the cube. And yet, nothing has seemed to affect it or even shake it from it’s place floating about 10 feet above the water of the pond. “I’ve never seen anything like it,” one observer told us. “And I used to live in New York.”

After some time, agents from various government agencies began to show up and cordon off the area so that further investigation could take place. Of course, as what usually happens, this only attracted more and more visitors hoping to catch a glimpse of the cube. “I drove all the way from Kansas. I left as soon as the first pic hit Instagram. I knew this was something worth seeing,” another member of the crowd told us. “I was right. But now, these agencies are blocking our view and ruining the miracle.”

“This is for the safety of the public,” an agent told us when we asked for more information on the site. “We need to secure the cube and find out why it appeared, who it is working for, and whether destroying it is in the best interest of the United States government. Until that time, we would ask that you back it up and leave this to the professionals.”

Just as he was relating this to us, a loud gasp rose from the crowd of both observers and government agents. The cube was moving! It slowly glided through the crowd, no one daring to touch it, and made it’s way swiftly across the field and into the woods. It was moving so fast, no one was able to catch it.

We aren’t sure where the cube is now or if it will return, but trust us, we’ll let you know when it does. Something tells me we haven’t seen the last of this cube.